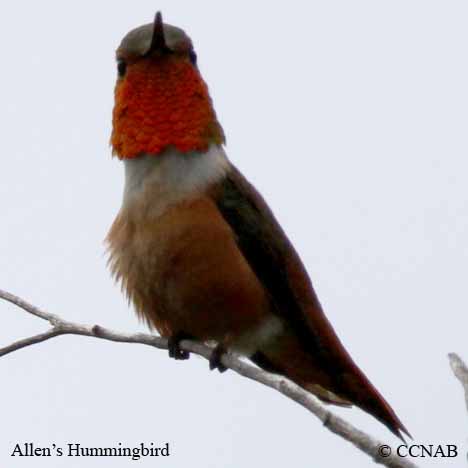 Distribution: The Allen's Hummingbird is very similar to the Rufous Hummingbird. At one time it was considered a sub-species or a race of each other. It can be seen from the borders of Oregon and California, south along the coast of California to San Diego. This particular hummingbird is common and easy to find on Santa Cruz Island, which is off the coast of Los Angeles and a part of the Channel Islands. It migrates into Mexico during the winter months.