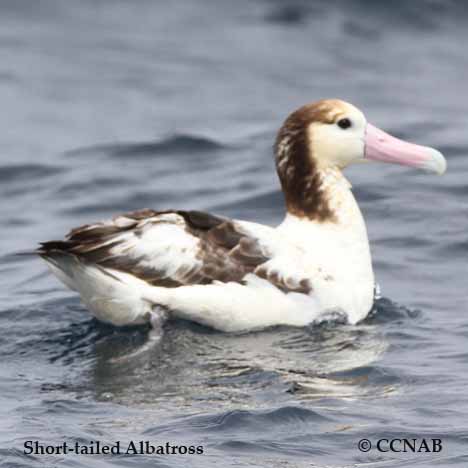 There are many types of seabirds and most species can be seen along the different coasts of North America. Other seabirds described as pelagic, are the ones who remain out in the open ocean. These birds may nest on the mainland or on islands out in the seas, where there is less chance of land predators eating their eggs or their young.

Included in seabirds are gulls, terns, kittiwakes, guillemots, jaegers, skuas, shearwaters, storm-petrels, petrels, puffins, gannet, boobies, razorbill, dovekie, murres, cormorants, auklets, murrelets, albatrosses, fulmar, pelicans, tropicbirds, frigatebirds, noddies and skimmer. All of these bird species can be seen at one time or another on the oceans and some of these bird species can be found in freshwater.

Most seabirds at one time or another can be seen flying along coastlines or overland, some by choice and others pushed off course by bad weather and strong winds. There are those, such as the albatrosses, that one might have a better opportunity of seeing from a boat or a ship.

The birds and the bird species identified above are a general summary of the seabirds of North America. There is hybridizing among the species, which creates sub-species, and these should be identified on an individual basis and there are others that may be vagrants from the surrounding continents.