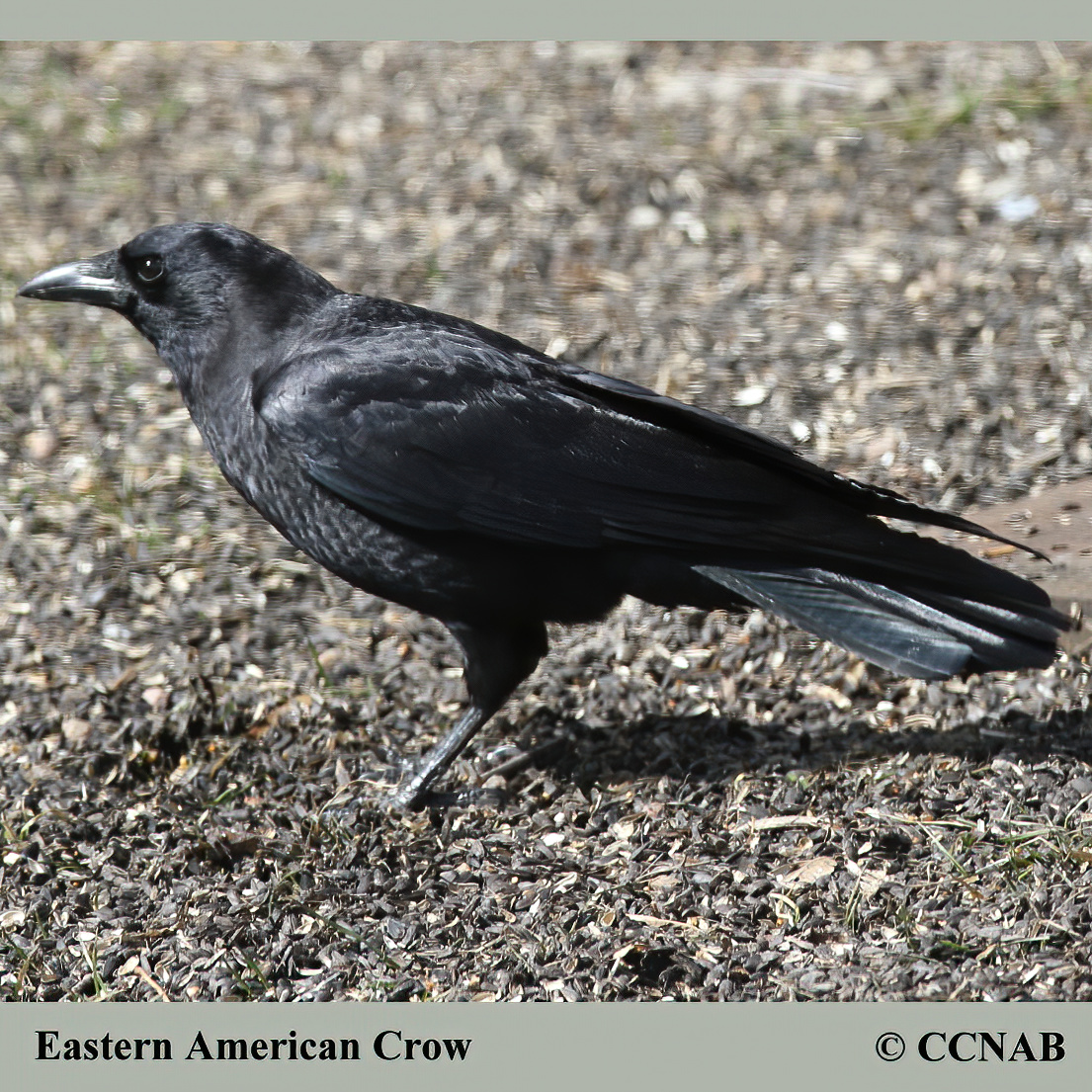 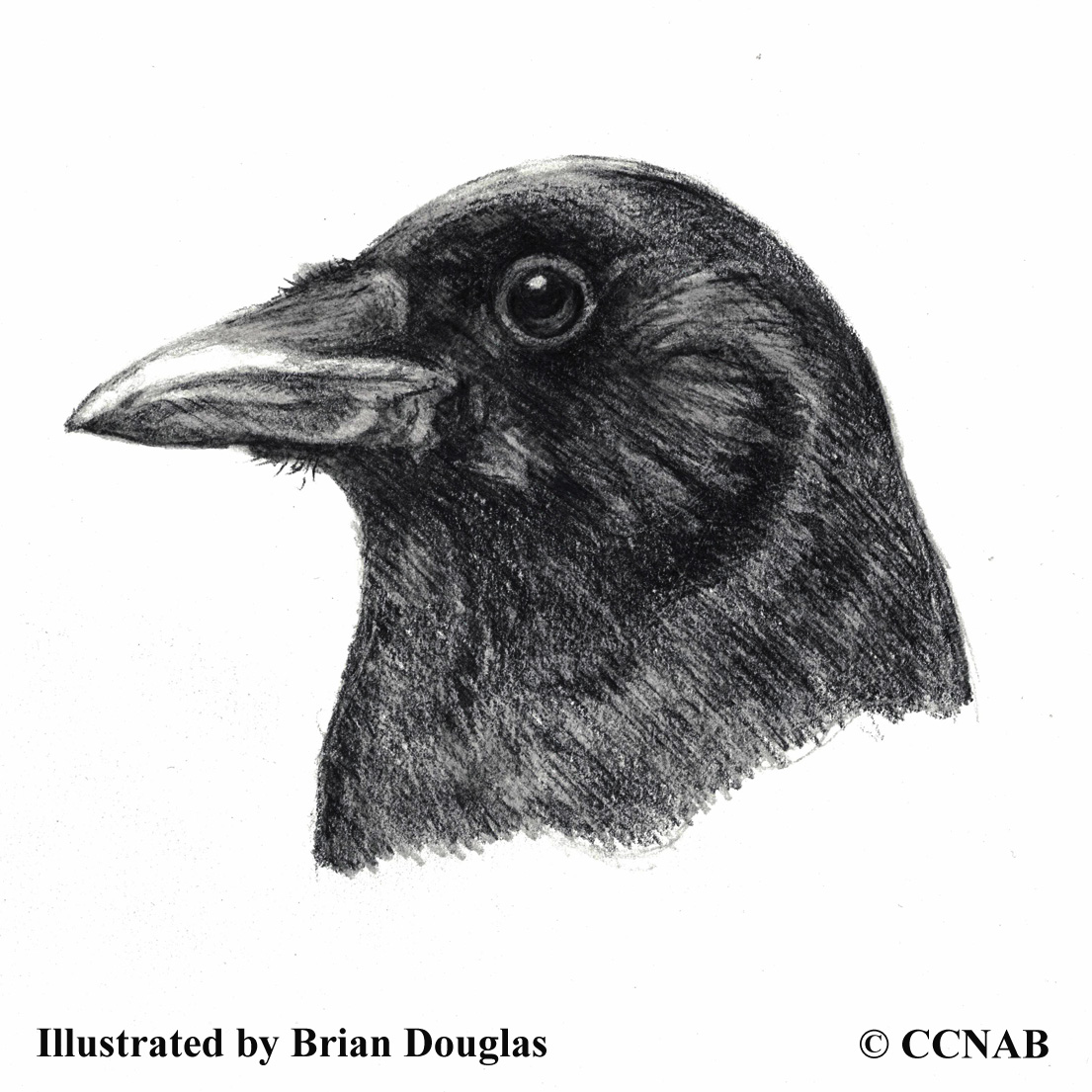 Distribution: The American Crow (Eastern) is the most common crow seen in North America. It is seen throughout all of the accessible regions, even up to and into the northern tundras. The crow is known for its intelligence and is wary of humans by nature. It is seen from Newfoundland and Labrador up to the coast of Northern Quebec, around James Bay and into the southern boundaries of the Northwest Territories. From northern British Columbia to the base of California and across all the southern border states with Mexico. As well, it can be found at the tip of southern Florida and up the Atlantic coast to Nova Scotia.