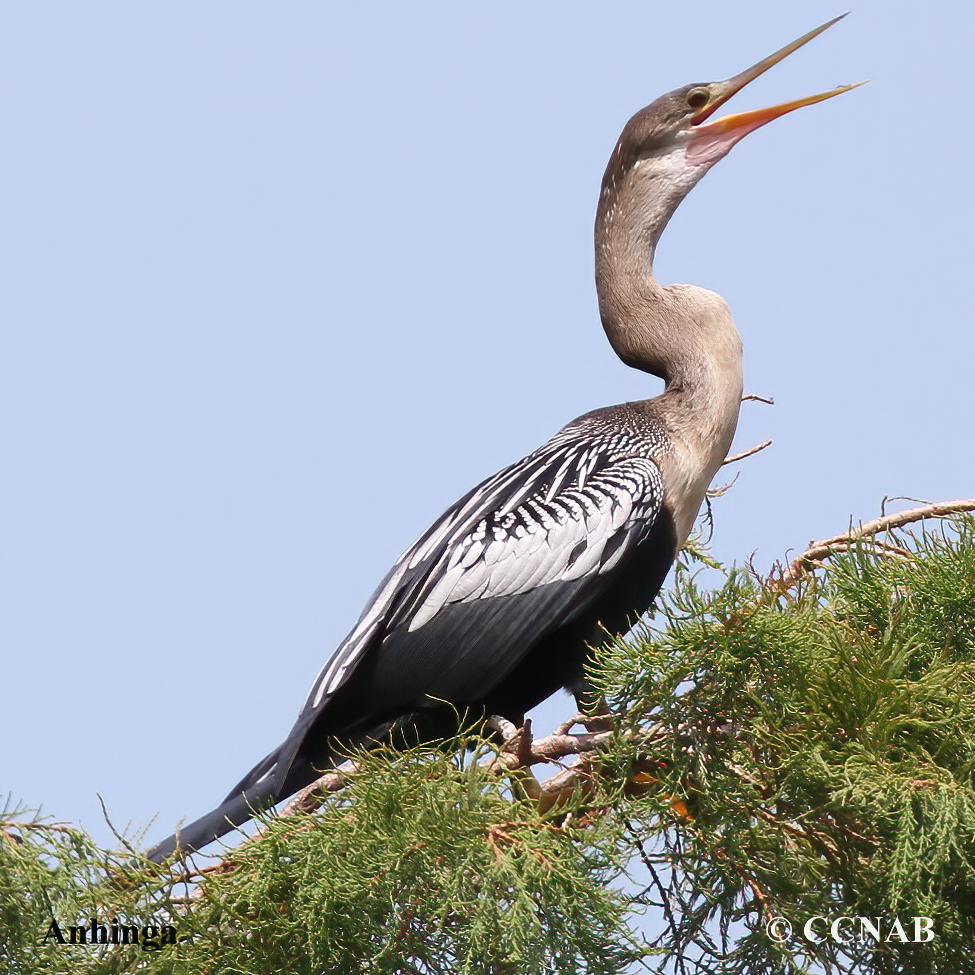 Life, Habitat & Pictures of the Anhinga

The Anhinga is nicknamed the snake bird because of its long thin neck, small head and dagger-like bill. It is a long-tailed diver and feeds mainly on fish. This bird is seen in swamps and inland fresh water sources in the southeastern parts of North America. It can be found from the eastern coast of North Carolina to Oklahoma and south through eastern Texas. as well as east to the Atlantic coast and to the southern tip of Florida. It is native to Mexico, Central America, South America and islands in the Caribbeans.