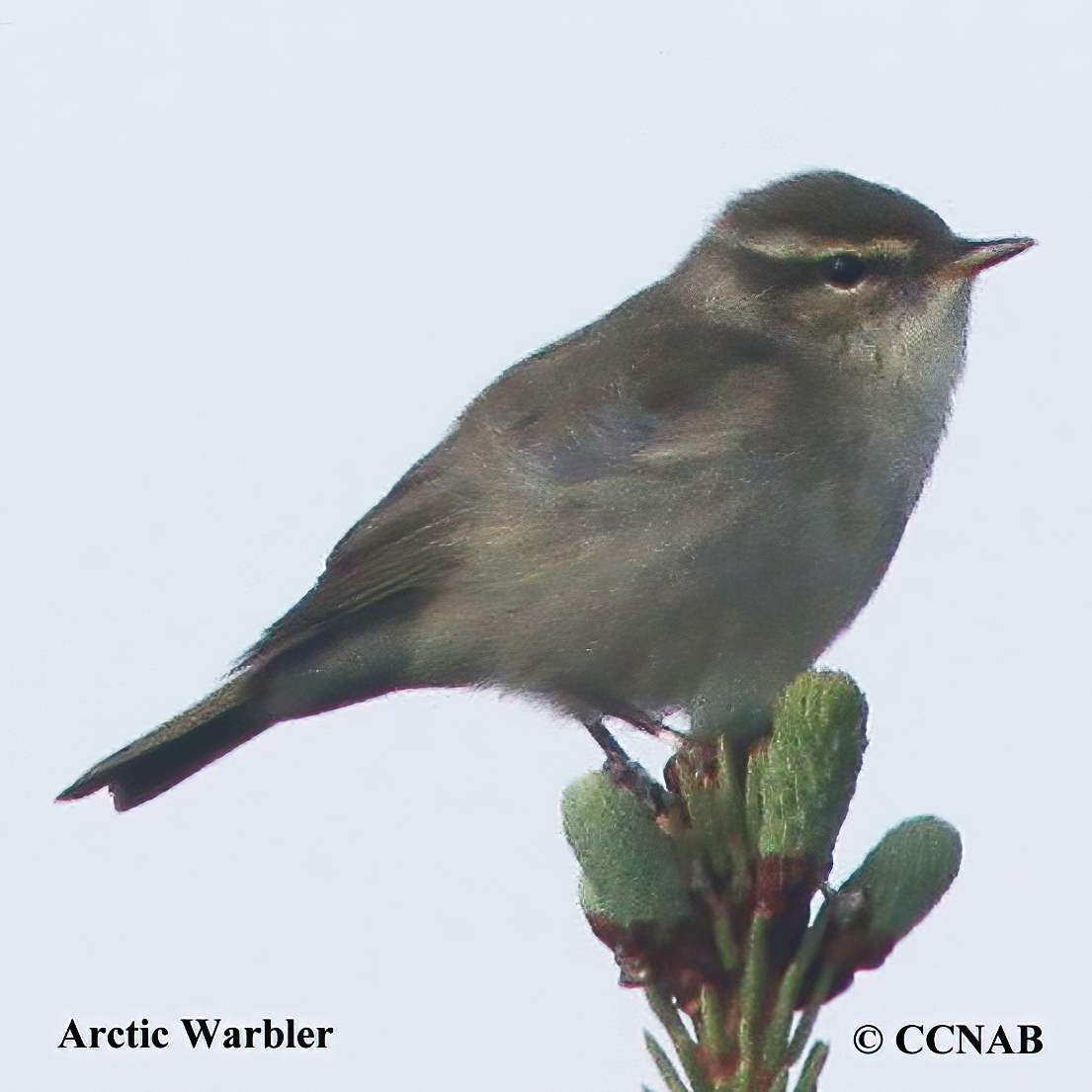 Species: The Arctic Warbler (Phylloscopus borealis) is one of the lesser seen warblers in North America. It nests in Alaska and is found mostly in the tundra scrubland. This brown and greenish bird is common throughout the northern regions of Eurasia.

Distinctions: The male and female are very similar looking in appearance. It has a prominent white supercilium extending beyond the back of the eye. A greenish tone to the upper plumage, small white wingbar and is sometimes hard to distinguish. Off-white breast with a brownish tone on its flanks. It is similar in appearance to the Willow and Dusky Warblers but has the largest bill of the three. KIt migrates back into Eurasia during the winter months. A small number of these birds have been identified along the western states as far as California.

Voice: Nasal or buzzy tone notes. Sings from a high perch, easy to be find and identify, continuous call notes.

Nesting: Three to five white eggs, pink or reddish-brown spots. Suspended from a fork in branches of a tree or shrub. The nest is shaped in the form of a dome with an entrance on the side and is composed of fine grasses, leaves, feathers and hair. 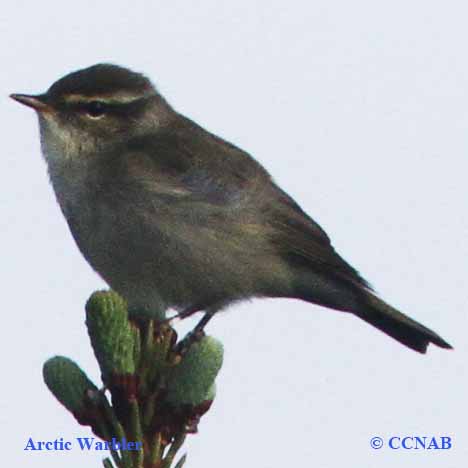 Distribution: The Arctic Warbler is seen only in Alaska, except on the very rare occasions, when it is seen in the southern states bordering the Pacific Ocean. It nests along the western side of Alaska with an extension reaching eastward into the Fairbanks area. It can be viewed along the Denali Highway. The Kamchatka Leaf Warbler is a split from the Arctic Warbler and both bird species are similar to each other.