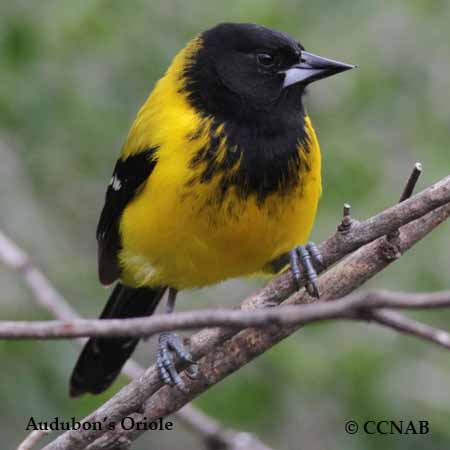 Distribution: The Audubon's Oriole is one of the most southern oriole species seen in North America, north of the Rio Grande River. It is recognized by its yellow body with a black hood, bib, wings and tail. It is only seen in the southeastern corner of Texas and along the eastern regions of Mexico. This oriole species will show up at birdfeeders in the late winter and early spring months, when citrus fruits or jellies are put out.