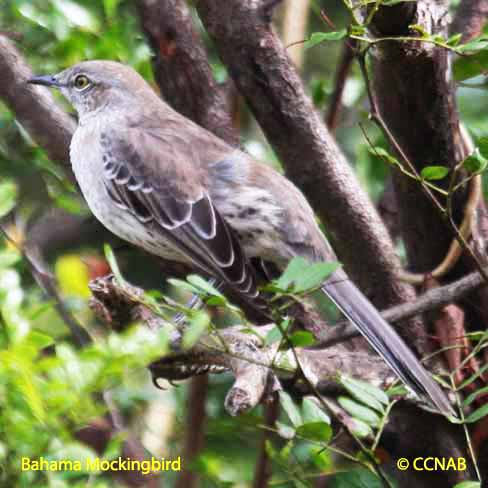 The Bahama Mockingbird is a summer visitor to the southern areas of Florida, including the Florida Keys. This mockingbird is native to the Bahamas, Turks and Caicos Islands, Cuba and Jamaica. There are also reports of seeing them in Puerto Rico. It makes its habitat in the mangrove forests.