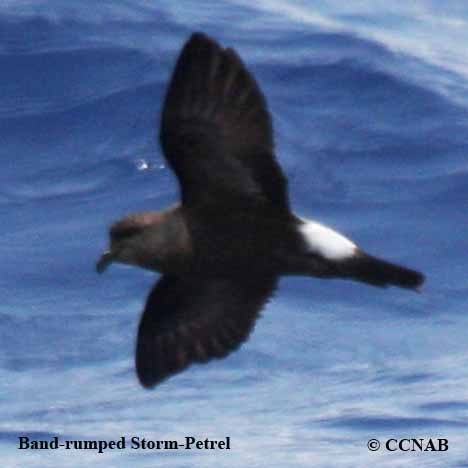 Distribution: The Band-rumped Storm-Petrel looks similar to the Wilson's Storm-Petrel, except for having shorter legs. They are both seen in areas of the Atlantic Ocean where their ranges overlap. This small mostly black and white swallow-like seabird prefers the warmer tropical waters. It is seen off the coast of Virginia, through the Bahamas islands, west of the southern tip of Florida and into the Gulf of Mexico and the Caribbean Sea.