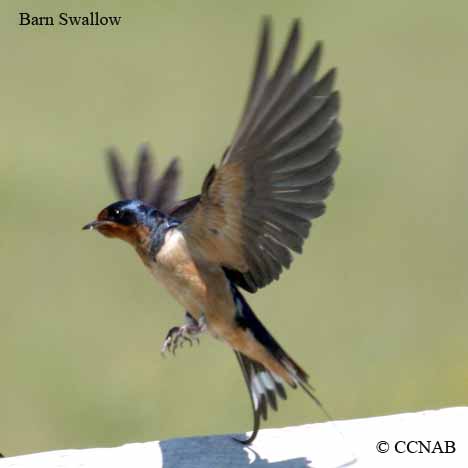 Distribution: The Barn Swallow was once far for common than it is today. In the days of the large barns, they were seen in the hundreds, forming large colonies around the structures. Today, different methods are used to store hay and animals, therefore reducing the need for farmyard barns. The swallows are seen from Newfoundland and Labrador, across southern Quebec and westward through Ontario, and the Northwest and the Yukon Territories, including all the prairie provinces. Touching into southeastern Alaska, south through California, east to the Atlantic coast including Florida, and north into Nova Scotia. It is found throughout the country of Mexico.