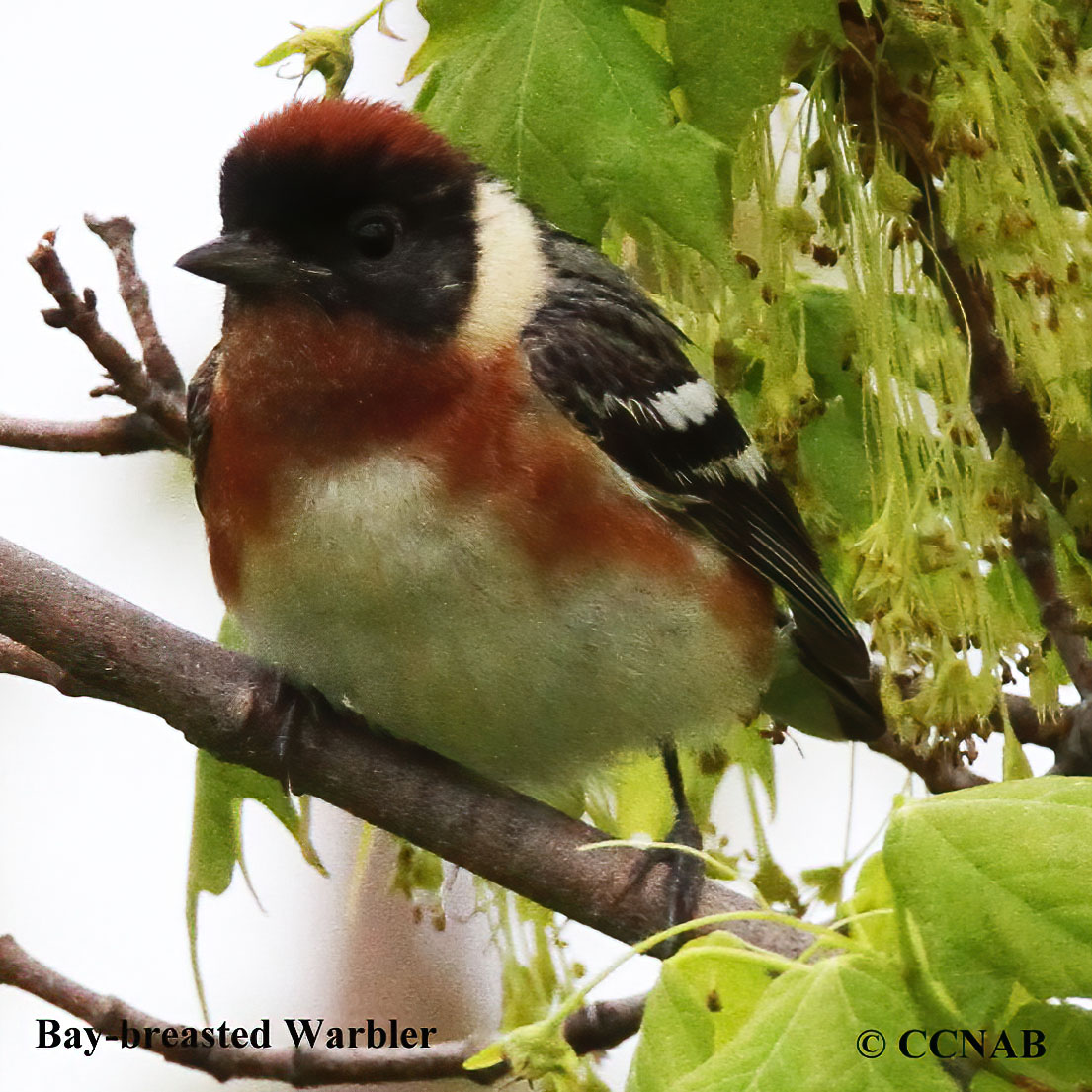 Species: The Bay-breasted Warbler (Dendroica castanea) is one of the more attractive birds among the warbler family. It has suffered in decreasing numbers because of spraying programs that target the spruce budworms. This is its main source of food when on its breeding territory. It prefers coniferous forests but can also be found in deciduous forests.

Distinctions: When seen in breeding plumage, the male has a distinguished look. Chestnut-coloured crown, flanks and upper breast, black mask covering the eyes. The side of the neck, stomach and undertail show warm coloured beige tones. Brown to brownish-green back and wings. Showing two strong white wingbars. Female looks similar to male but in a much duller appearance. Both male and female transform into totally different looks when seen in non-breeding plumage. As it is similar to the Blackpoll Warbler, it can be difficult to differentiate. Both sexes are brownish-green over all and the male may have a hint of chestnut seen on its flanks

Nesting: Three to five off-white coloured eggs with brown or black markings. Size of the brood depends on the abundance of the spruce budworm. It nests in conifer trees, ranging in height from 10 to 20 feet from the ground, and nests are composed of fine grasses, leaves and hair. 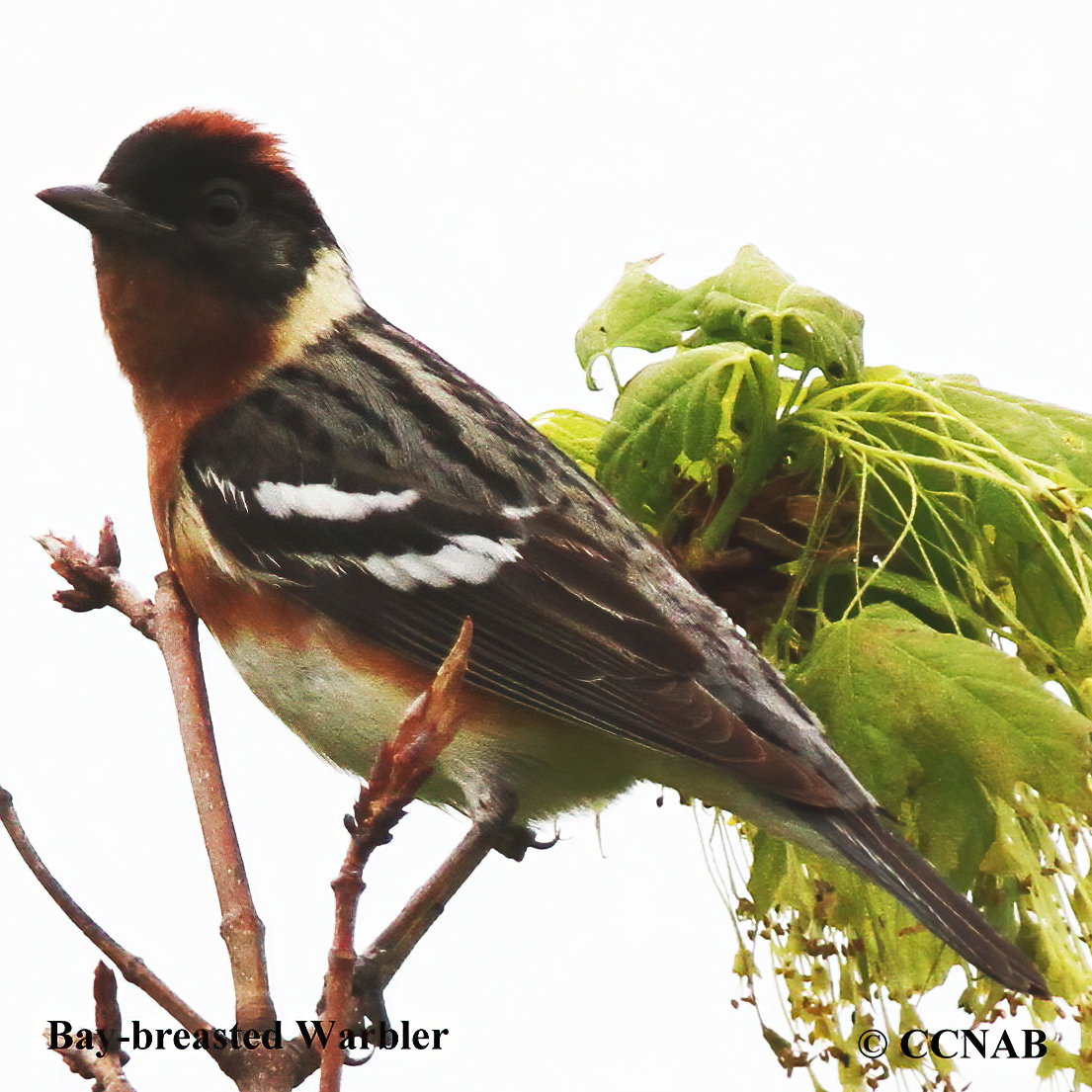 Distribution: Found from the western regions of Newfoundland, through the lower 2/3rd of the Canadian provinces, from Quebec into Alberta, north into the Northwest Territories, touching into the Yukon, bordering the US states through the Great Lakes, New Brunswick and Nova Scotia.