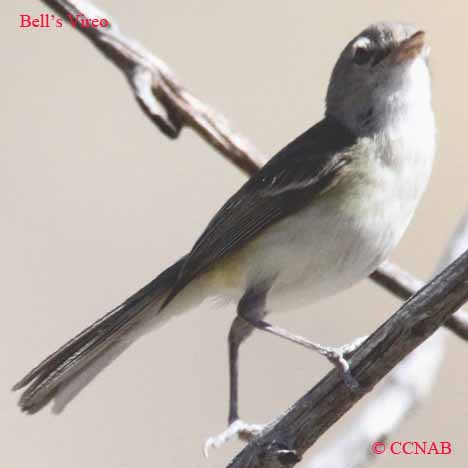 Species: The Bell's Vireo (Vireo bellii) is one of the smaller vireos seen in North America and bears some resemblance to the smaller Hutton's Vireo. This rather plain-looking bird prefers a habitat of scrub-type thickets, rows of bushes along field edges and usually near a source of water.

Distinctions: The male and female are very similar looking in appearance. It has a large bill with a visible hook at end of upper bill, same identifying features seen in other vireos. Plain greenish-grey body, weak spectacles, off-white lores, dark line through the eyes, two wing bars, one more apparent than the other. Depending on the race, this vireo converts to a darker plumage, as it is located from west to east across the continent. Breast colours will vary from an off-white to a yellow tint.

Voice: Nasal sounding, similar sounds to other vireo types, multiple call notes. Not unusual to be singing from within a bush or thicket, where it is heard but not seen. 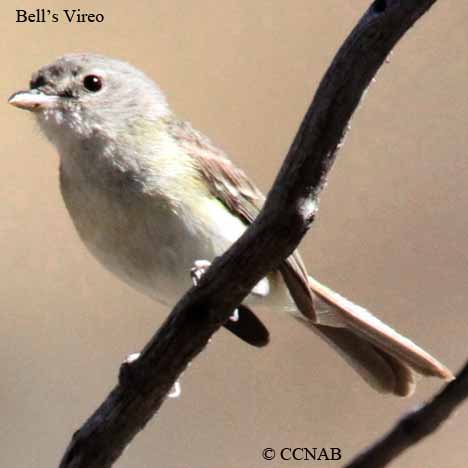 Distribution: The Bell's Vireo is seen from south of the Great Lakes into the mid-prairie states, south into Texas, west through New Mexico, Arizona and California and into Mexico, where it will spend its winter months. There are at least three sub-species of this vireo.