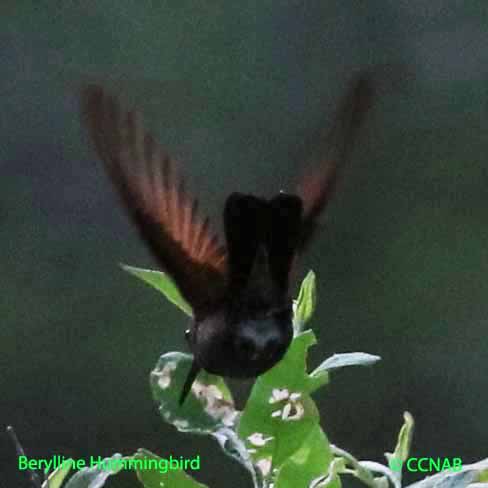 The Berylline Hummingbird is a native bird of Mexico. This dark green hummingbird has a northern range that brings it close to the US and the Mexican border. Almost every year, it is reported being seen in the mountains in southern Arizona and is a recognized vagrant.