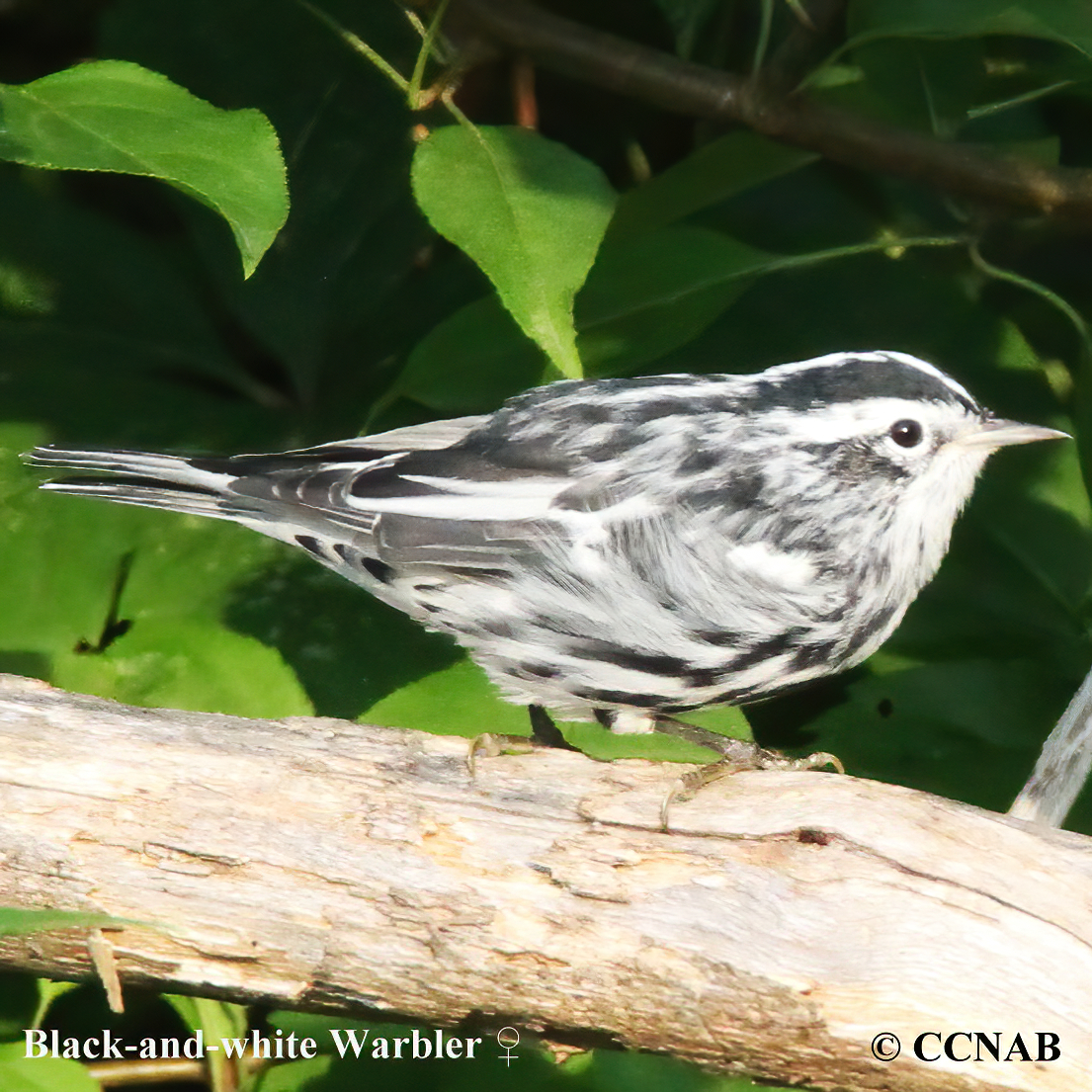 Species: The Black-and-White Warbler (Mniotila varia) is one of the most abundant warblers seen in North America. It is recognized by its nuthatch-like behaviour of creeping along trunks and limbs and picking out larvae and insects from beneath the bark. Because of its food source, this warbler is one of the first in the warbler family, to migrate back to its breeding grounds in the spring.

Distinctions: The male and female both have black and white stripes through their crowns. The male also has black streaks along the flanks, black wings with two strong white wingbars and a black throat. The female and juvenile have similar features but duller in appearance, showing signs of a buffier brown body, lacking the black throat patch. Both sexes have rather large bills with a noticeable downward curve. The Black-throated Gray Warbler has some similar features but is not likely to be seen in the same regions of North America. The Blackpoll Warbler also has some similar features but only in the springtime, when it is in breeding plumage.

Nesting: Three to five white to creamy coloured eggs, with brown markings. Nest is usually on the side of a hill, on the ground or near the base of a tree. The nest is composed of fine grasses, leaves, conifer needles, moss and hair. 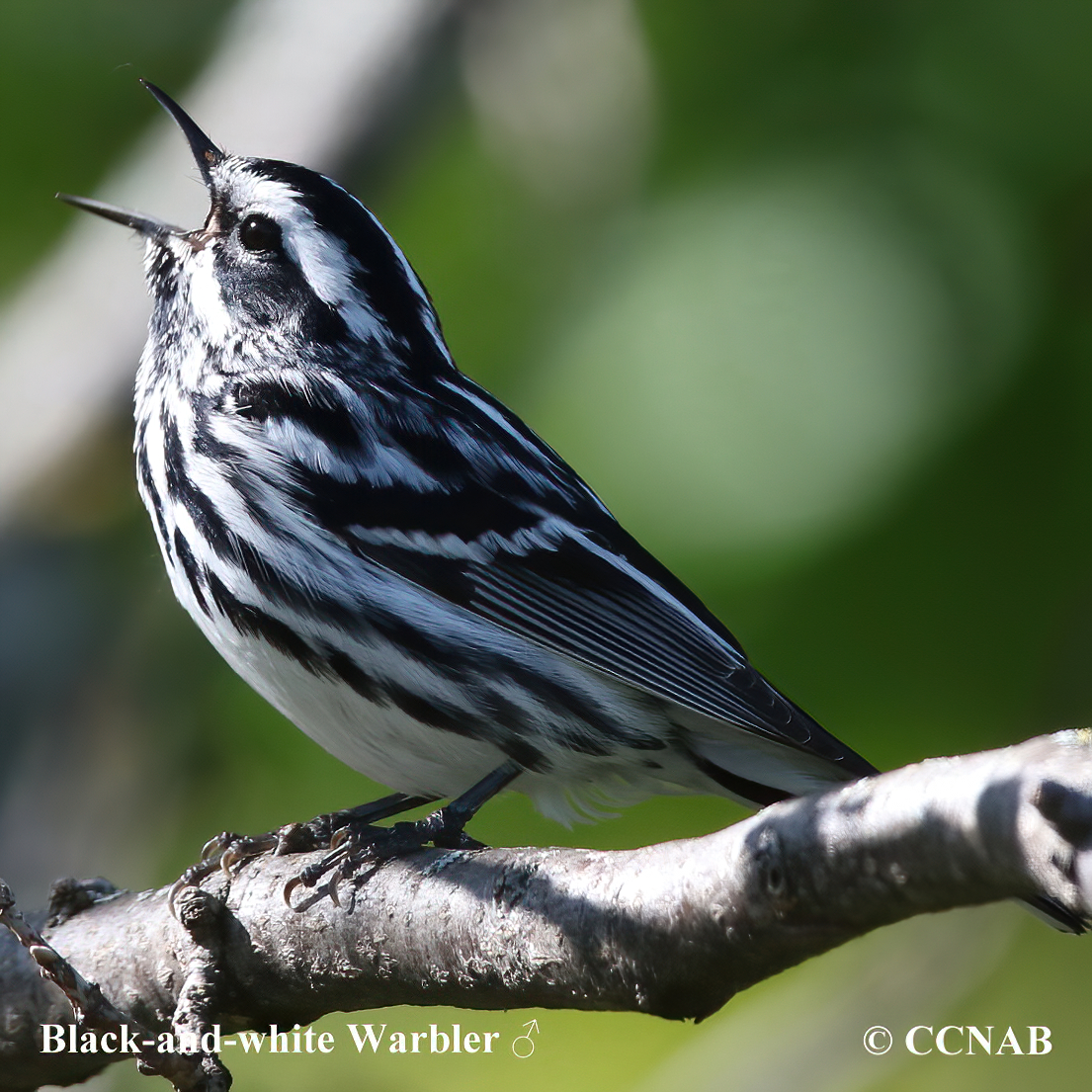 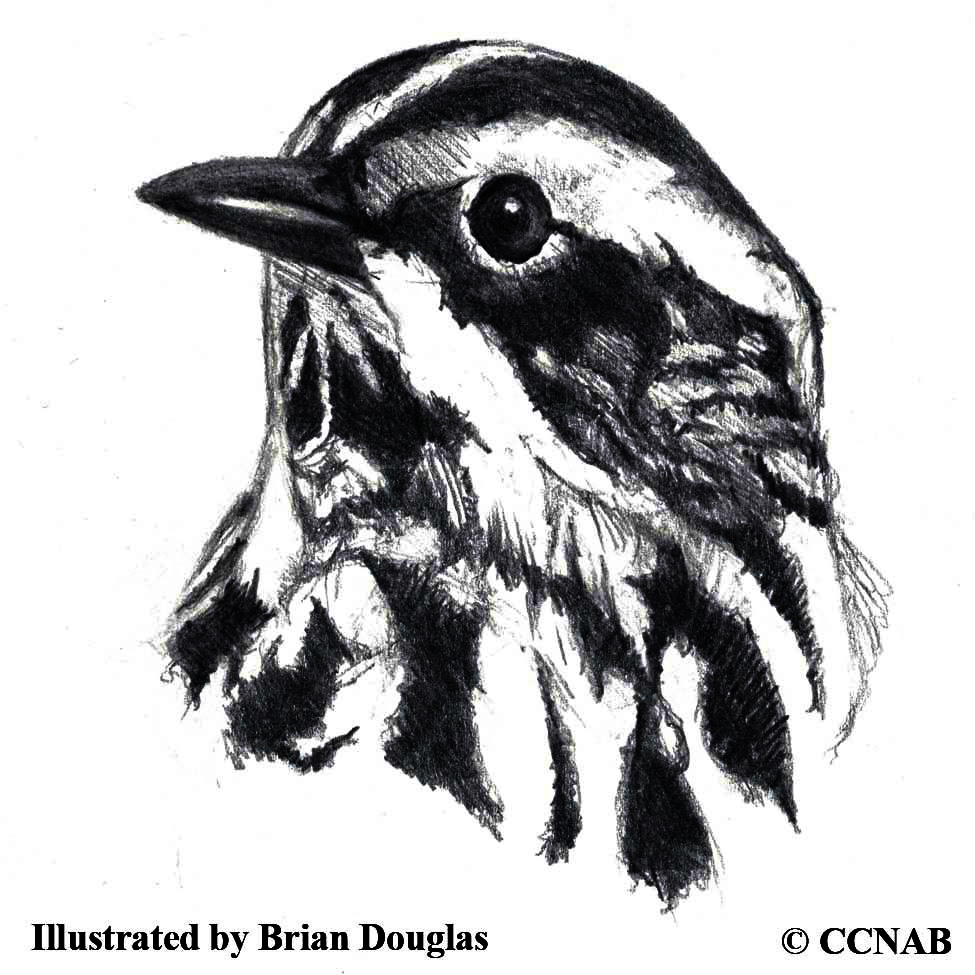 Distribution: Found throughout Newfoundland, west through the lower 2/3rd of the Canadian provinces, from Quebec into Alberta, north into the Northwest Territories, touching into the Yukon, south all the way to eastern Texas, east to the Atlantic Ocean, north through all the states and all of New Brunswick and Nova Scotia.