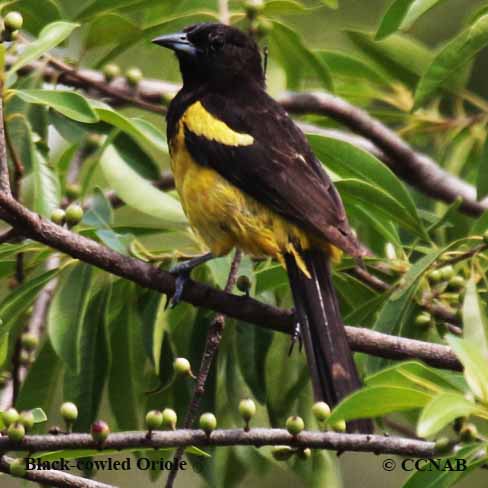 The Black-cowled Oriole is a bird possibly from Mexico and it lives in the southern regions. It is very similar in appearance to the Black-vented Oriole. These two birds have the same colour patterns, except of a black vent on one and the other has a greenish-yellow vent. This tropical oriole can also be found on some of the Caribbean islands.