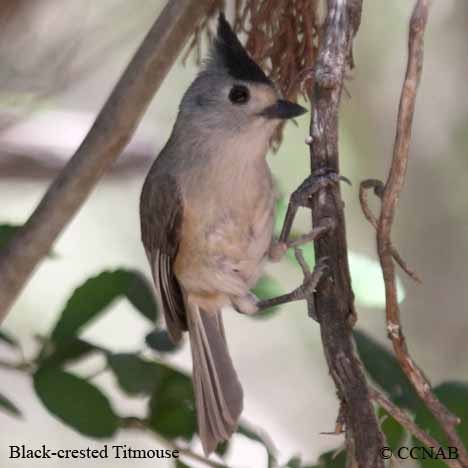 The Black-crested Titmouse was once considered a sub-species of the Tufted Titmouse. It has since been given a species of its own. This small active bird is seen in the central and southwestern regions of Texas and into the southern areas along the eastern half of Mexico. It is a bird that is attracted to bird feeders and water drips.