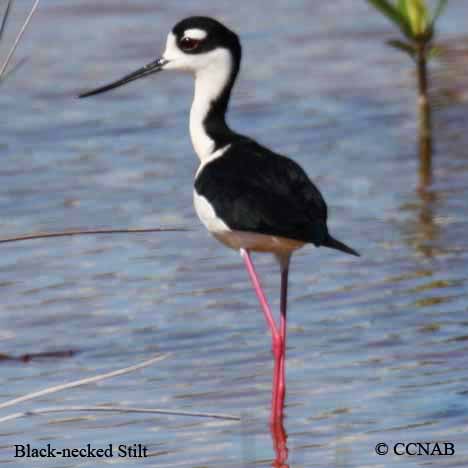 The Black-necked Stilt is one of the most attractive shorebirds seen in North America. This black and white bird can be identifyed by its long pinkish-red legs and a long thin neck. It is seen more in the warmer US states but smaller numbers are seen in the Canadian prairie provinces.