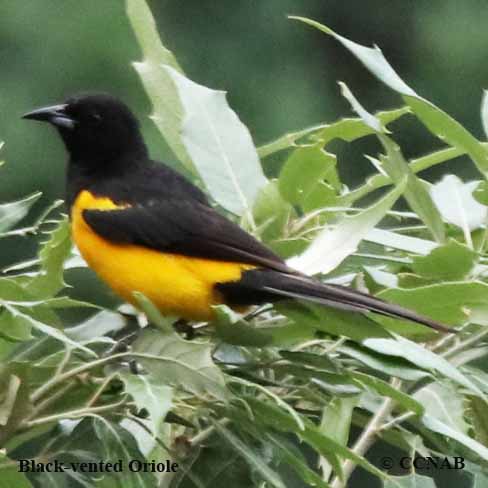 The Black-vented Oriole is a vagrant from Mexico and Central America. This brightly colored orange bird can usually be found along rivers or near bodies of water. It is not uncommon to see these orioles high up in the mountains of the forest. It is similar in appearance to the Black-cowled Oriole, which shares the same habitat. The male and female of this species look alike.