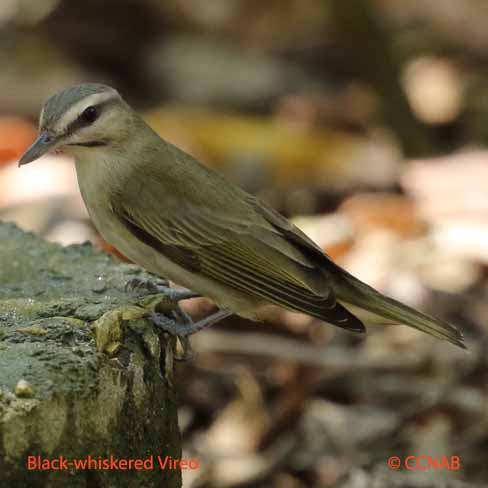 Species: The Black-whiskered Vireo (Vireo altiloquus) is a tropical vireo seen along the southeastern perimeters of the US. It is similar in size to the Red-eyed Vireo but with a larger bill and shows more of an amber-coloured iris instead of a red iris. It is common on some of the Caribbean islands and is a spring and summertime visitor to the mainland only. It prefers to make its habitat near the coast and mangroves.

Distinctions: The male and female are very similar looking in appearance. It has a large bill with a visible hook at end of upper bill, same identifying features seen in other vireos. Gray head, white eyebrows and face, with dark eyeline and mustache. Greenish back and tail, dusky to yellow flanks and undertail, dull white throat and breast, no wing bars.

Voice: Nasal sounding, similar sounds to other vireo types, multiple call notes, more pressing than the Red-eyed Vireo. It prefers staying high in tree when singing and in its search for insects. 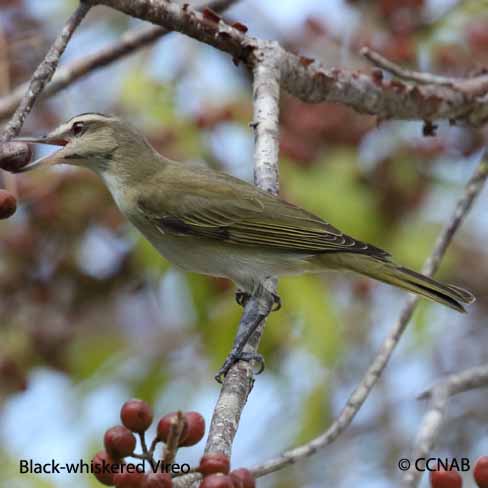 Distribution:The Black-whiskered Vireo is found throughout the coastlines on the southern tip of Florida in the spring and summer months. It will depart in late summer or early fall to make its way to the Caribbean islands. This vireo is common in the Central America tropics as well.