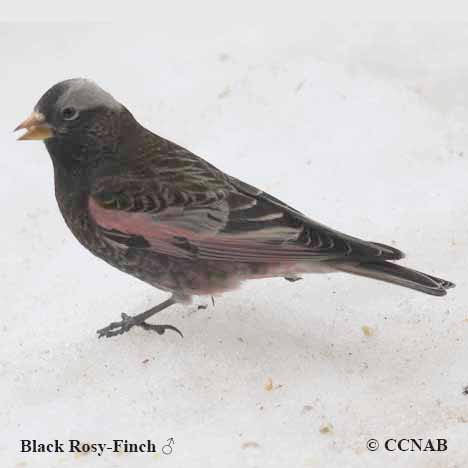 The Black Rosy-Finch is the second most common rosy-finch found in North America. This high altitude bird is found high up in the central mountain ranges in the states of Wyoming, Colorado, Idaho and Utah. During the winter months they can be seen in the mountains in New Mexico.