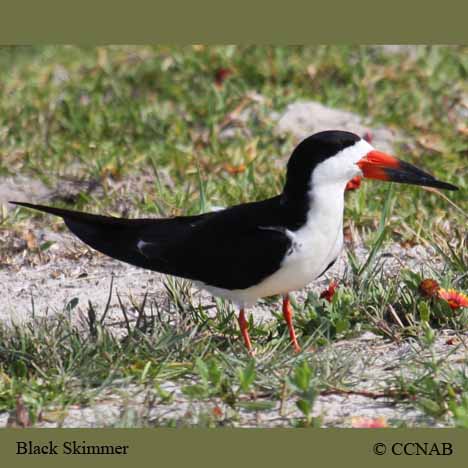 The Black Skimmer is a fairly large coastline seabird. It is recognized by its unique method of flying just above the water, with its lower mandible cutting through the water surface. It has the ability to catch surface prey because the lower mandible is noticeably longer than its upper mandible.