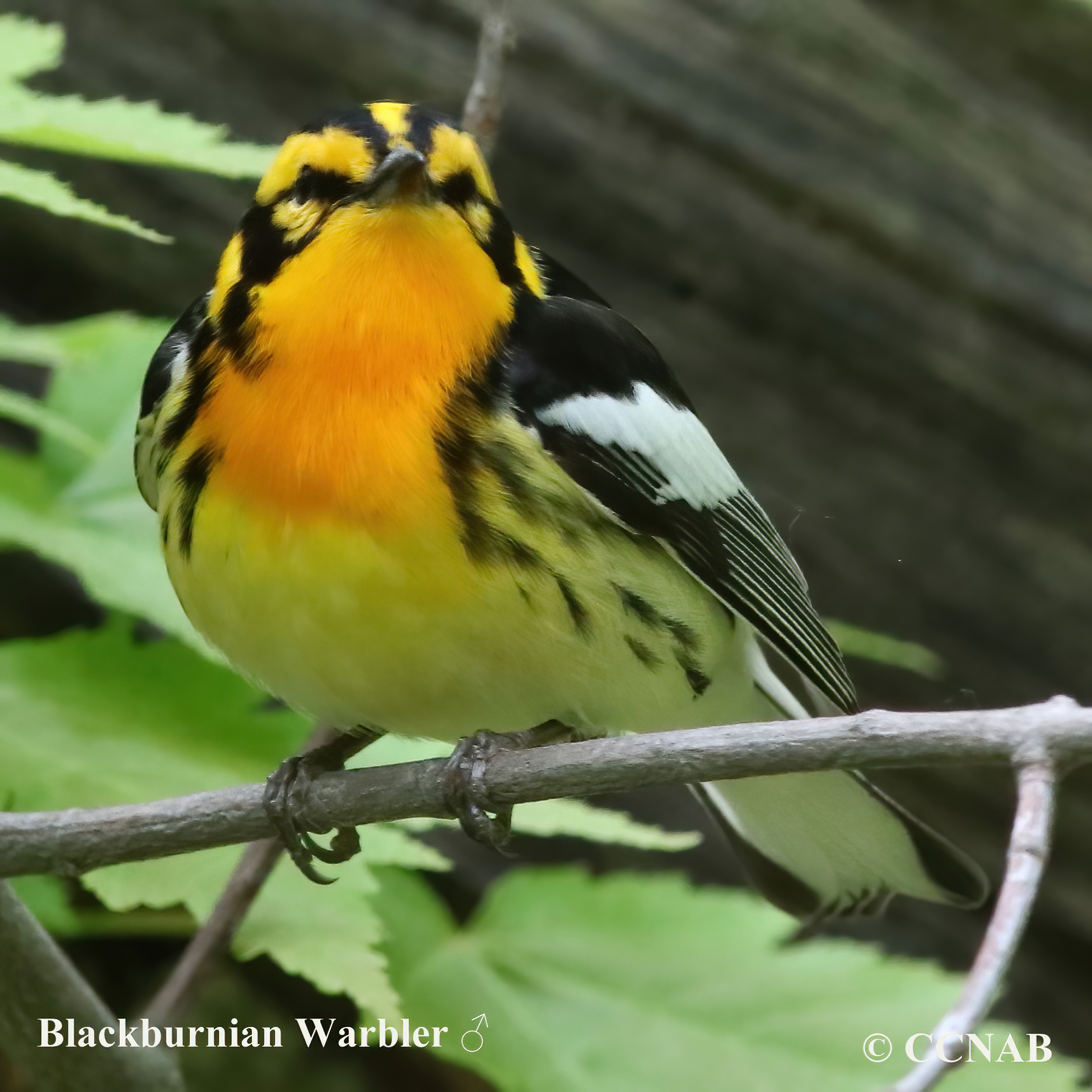 Species: The Blackburnian Warbler (Setophaga fusca) is found high in the crown of trees. This warbler prefers coniferous-type forests, hemlocks and spruce and sometimes pine. Most times it is hard to see, but with patience, one will see it moving about, gleaning insects off the foliage and maybe even picking insects out of the air.

Distinctions: The male and female have close similarities. The male is black, white and orange. Having a bright orange coloured forehead, face and throat, black crown, auriculars (cheeks), back, tail and wings with large white patches. Streaked flanks and an off white breast. The female has the same appearance, except that more yellow shows than orange. The juvenile resembles the female.

Voice: Call notes starts out with a high note then continues to get higher and higher. Once heard, it will become an easy bird to recognize in the future.

Nesting: Four to five white eggs with brown spots. Nest is usually built high in a conifer or on a limb away from the trunk, constructed with conifer needles, strips of bark and lichen. 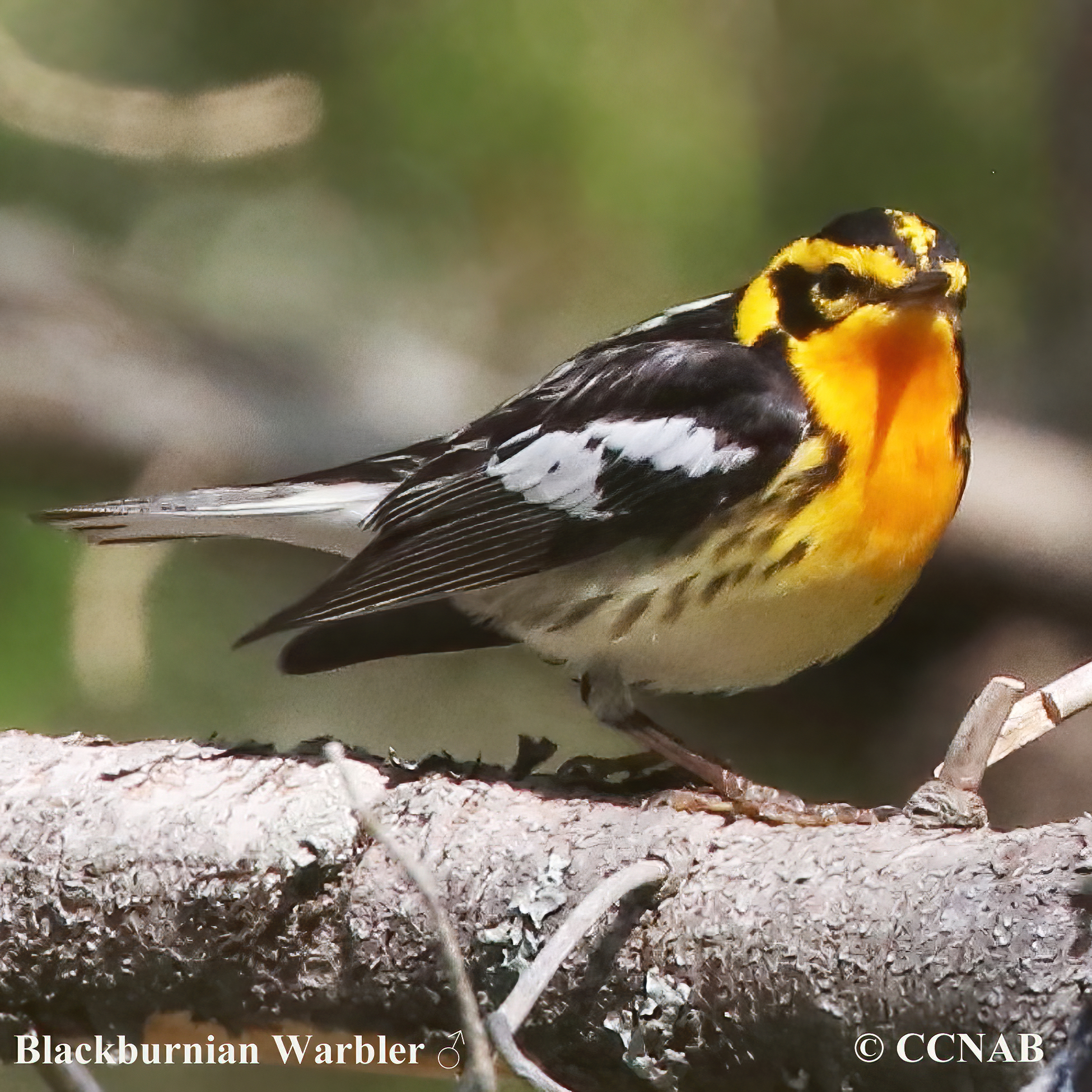 Distribution: Prefers old growth forests and found mostly in conifers, preferring hemlocks and spruce, but sometimes in deciduous. Seen in northwestern Newfoundland and Labrador, through the Maritime provinces, west to Alberta, then east to below the Great Lakes to the Carolinas and the Atlantic coast.