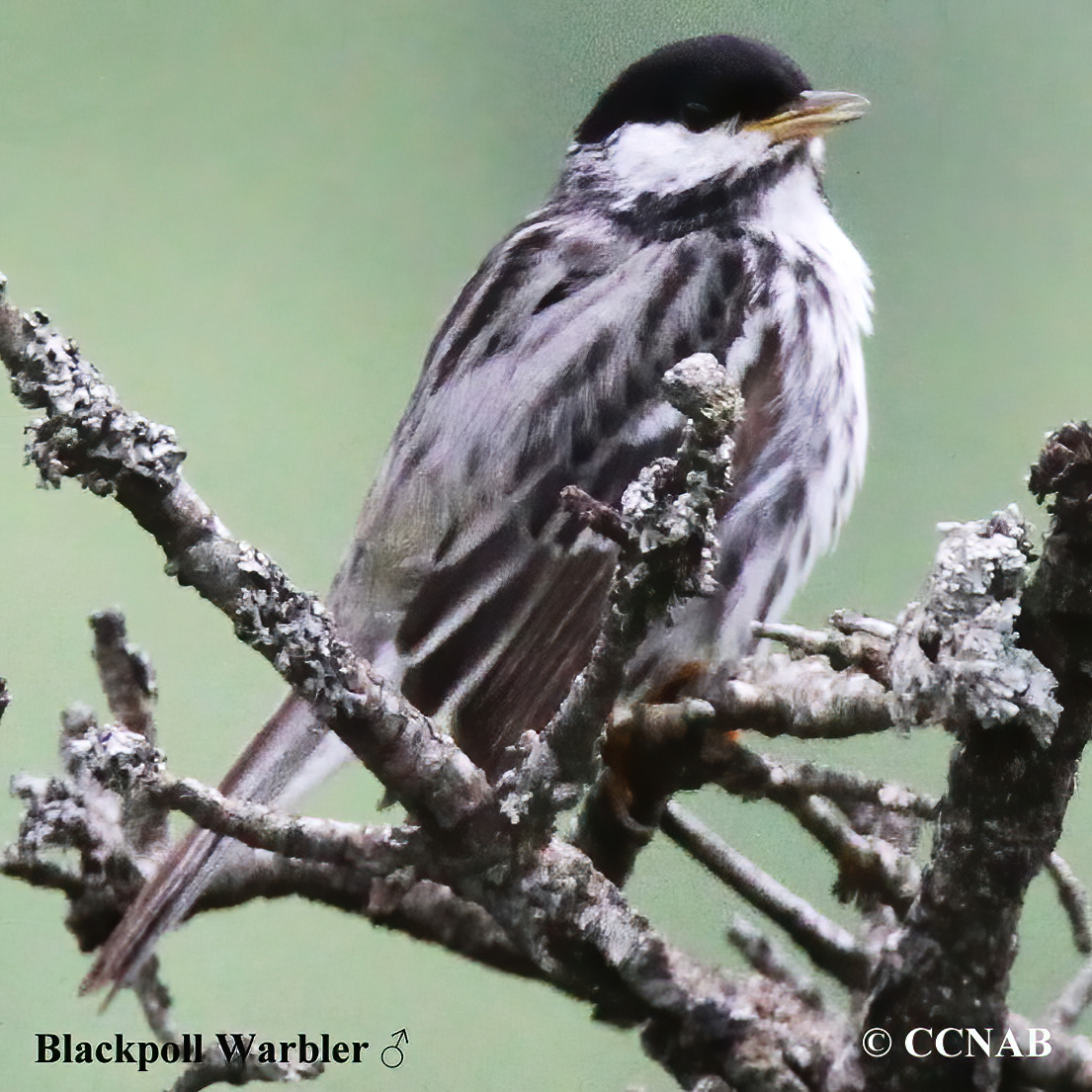 Species: The Blackpoll Warbler (Dendroica striata) is one of the last warbler species to return to the northern breeding grounds in the spring. Like the Bay-breasted Warbler, the Blackpoll Warbler has a totally and unrecognizable look when seen in its non-breeding plumage. Both changing from attractive colourful field markings to drab yellow and green plumage. This is a long range migrating bird, as it crosses the Caribbean Sea right into South America.

Distinctions: The male has a black crown and black malar stripes, black streaking on flanks, wings and tail. White cheeks and two bold white wingbars, with brownish streaking on the back. The female has two white wingbars as well, but not as strong. Overall, when seen in breeding plumage, the female is off-white with dark and light brown streaks. During the winter months, when seen in non-breeding plumage, the female and male change to greenish-yellow plumage, quite similar to the Bay-breasted Warbler, when seen in non-breeding plumage too. Only the Black and White Warbler is similar to the Blackpoll Warbler, and this is so, only in the springtime.

Nesting: Three to five white to creamy coloured eggs, with brown or black markings. Its nest is usually built in a shrub or a small conifer and the nest is composed of twigs, mosses, rootlets, lined with fine grasses and hair. 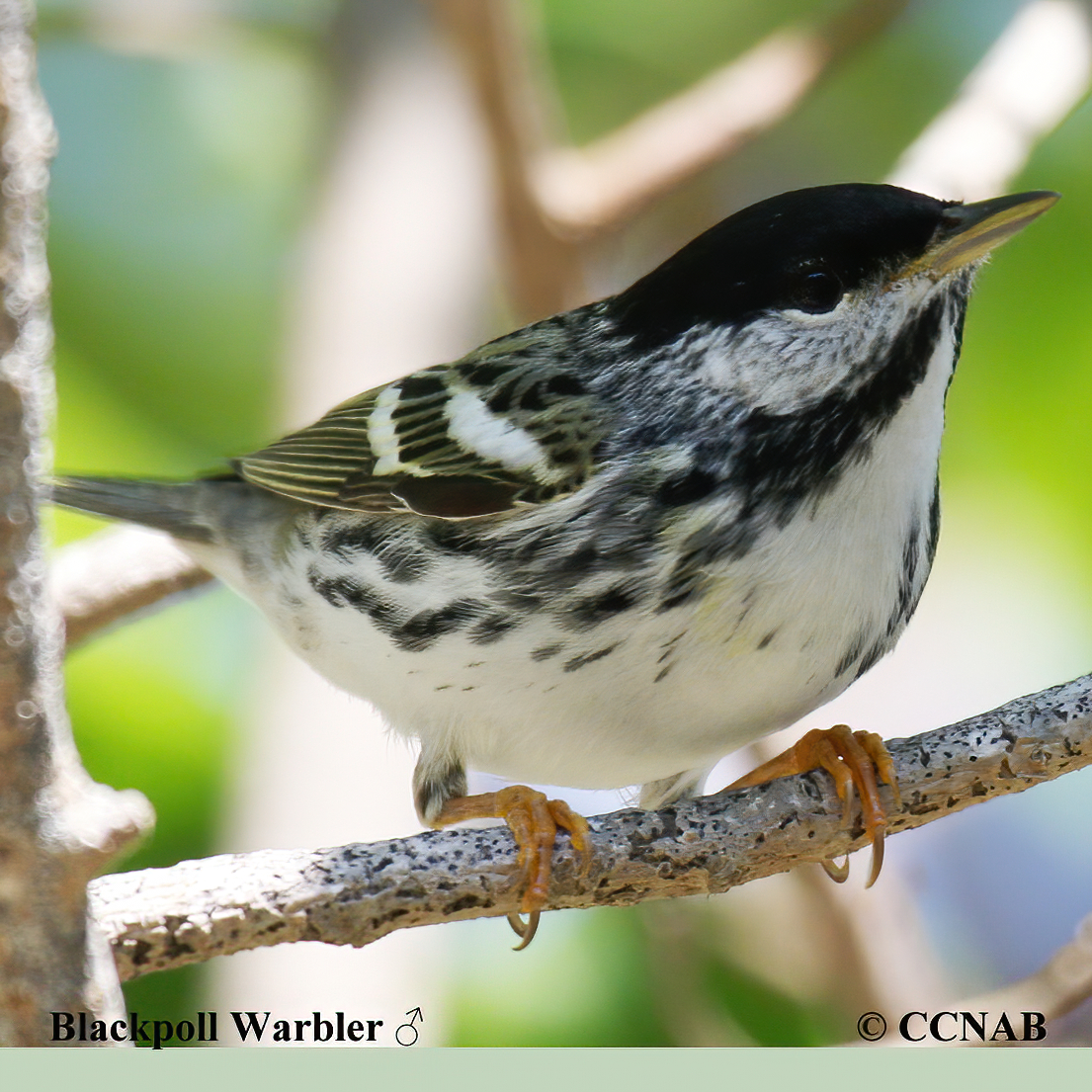 Distribution: Found from Newfoundland and Labrador, through northern Quebec, west through the northern regions of all the western provinces, most of the Northwest Territories, the Yukon and all of Alaska, except its northern coast. The very northeastern regions of a couple of US states and all of New Brunswick and Nova Scotia.