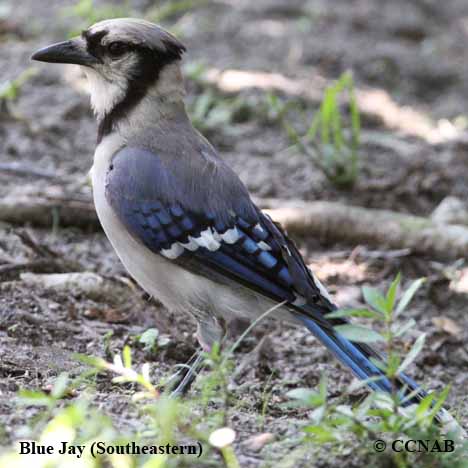 The Blue Jay (Southeastern) is a race or sub-species of the Blue Jay. It is seen in the southeastern US states, including Florida. This jay shows more colours of grey and light blue than the more commonly seen Blue Jay from the northern regions, which has a much more brilliant blue plumage.