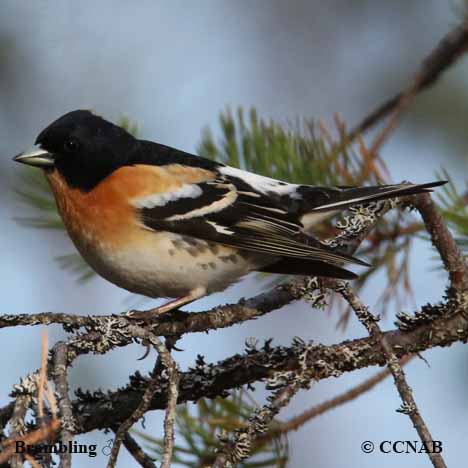 Life, Habitat & Pictures of the Brambling 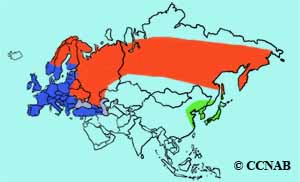 The Brambling is a member of the Eurasian finch family. It is found in the northern regions of the continent where it nests in the forest. This attractive orange and black bird is a regular visitor to the Bering Sea islands and the western areas of Alaska. It is an uncommon vagrant to the rest of North America.