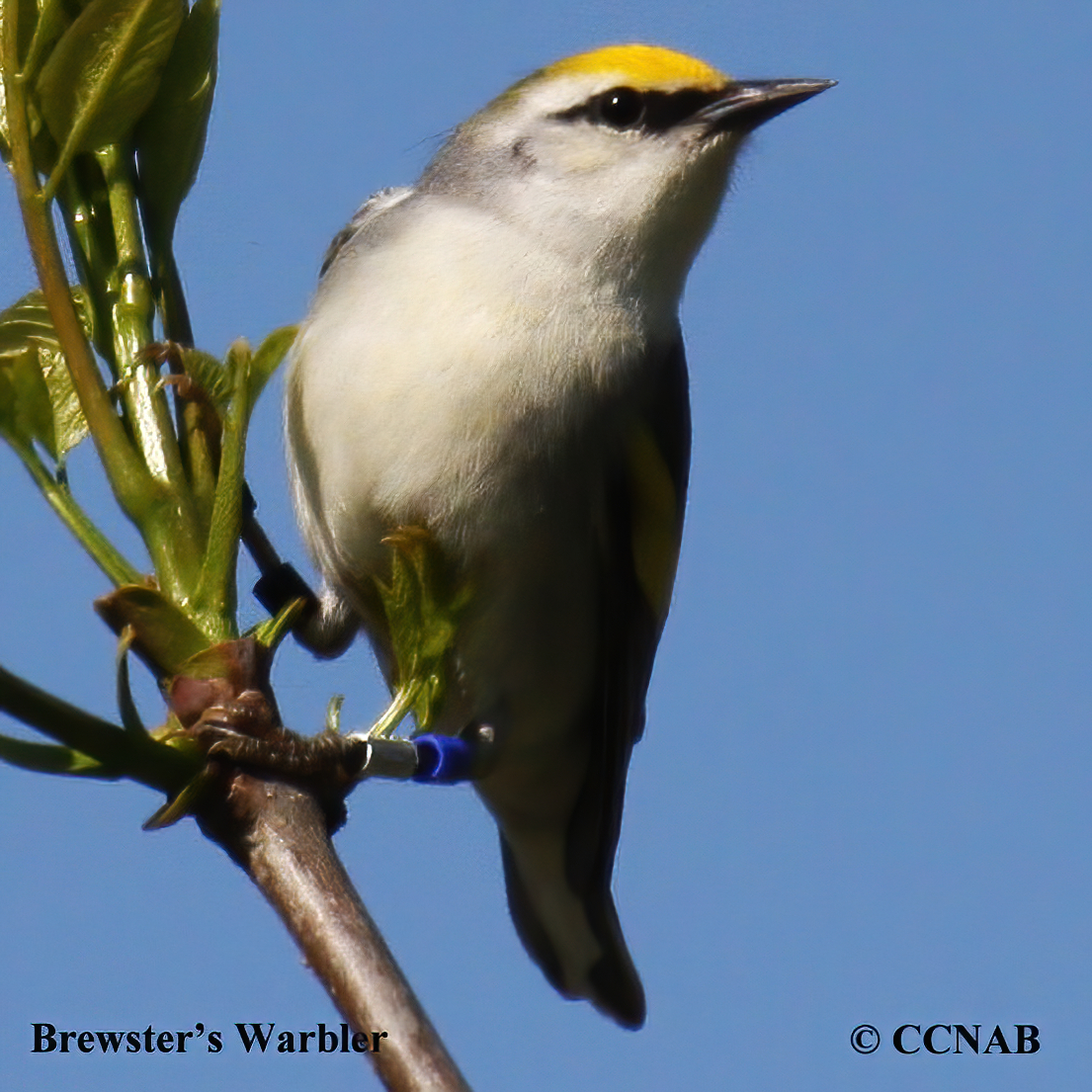 Species: The Brewster's Warbler (Dendroica castanea) is a hybrid of the Golden-winged Warbler and the Blue-winged Warbler. The Lawrence's Warbler is another hybrid, but a second or third generation from the original parent birds. The Brewster's Warbler is the most common and the one that is most often seen. It is more likely to be found on older farmlands, where the fields have been overgrown by trees, in bushy meadows or along the edges of second growth forests. Both hybrids' offsprings will, over a number of years, and through breeding, return back to one of the original two bird species. The Blue-winged Warbler's breeding range is moving farther northeast each year into the Golden-winged Warbler's breeding territory.

Distinctions: The male has a bright yellow forehead and possibly some yellow on the breast. The nape, back, wings and tail feather are bluish-gray. The throat, breast, flanks and undertail is white. It has a very distinguishable bold eyeline, starting from the bill to beyond the back of its eyes. The female and the juvenile bear resemblance to the male, except in duller colours. Showing maybe a light green cap, nap and back.

Voice: Single call note, song sound like "seeee-bzzzz, repeated over and over.

Nesting: Three to five white coloured eggs, with brown markings. The nest is usually built at the base of a tree or shrub or in shrubs low to the ground. Composed of rootlets, leaves, mosses, and lined with fine grasses and hair. 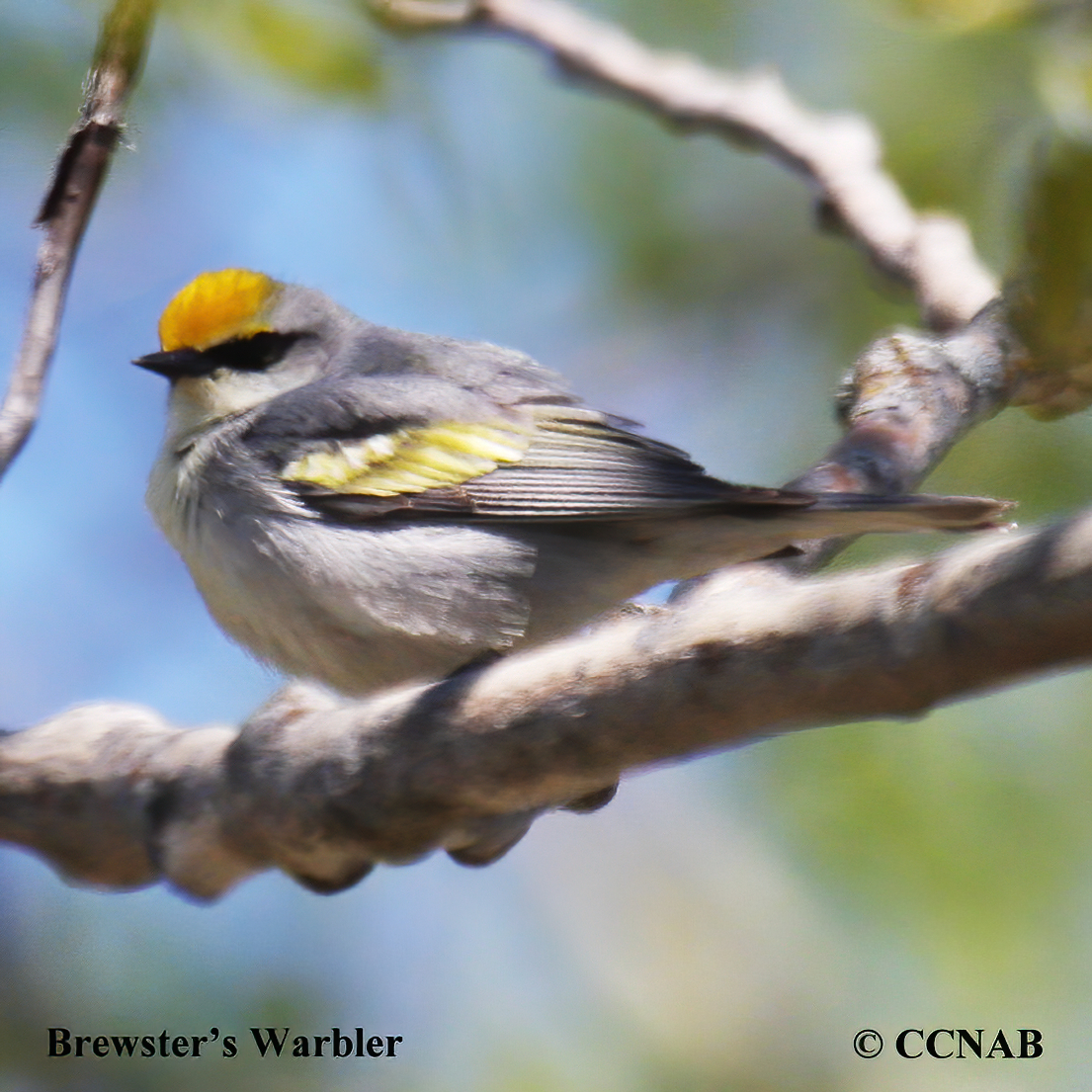 Life, Habitat and Pictures of the Brewster's Warbler

Distribution: Found from the northeastern states bordering into Canada, touching southern Quebec, westward around the Great Lakes to southern Manitoba, through Minnesota, south to Oklahoma, east through the northern half of Mississippi and Georgia, northeastward to New Jersey and along the Atlantic coast.