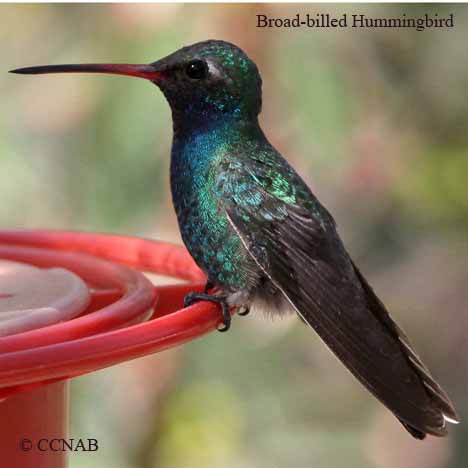 The Broad-billed Hummingbird is one of the more brilliant coloured hummingbirds seen in North America, especially the male. It can be identified as a dark green hummingbird with a reddish-orange bill. This hummingbird breeds throughout the southwestern central US states and into Mexico.