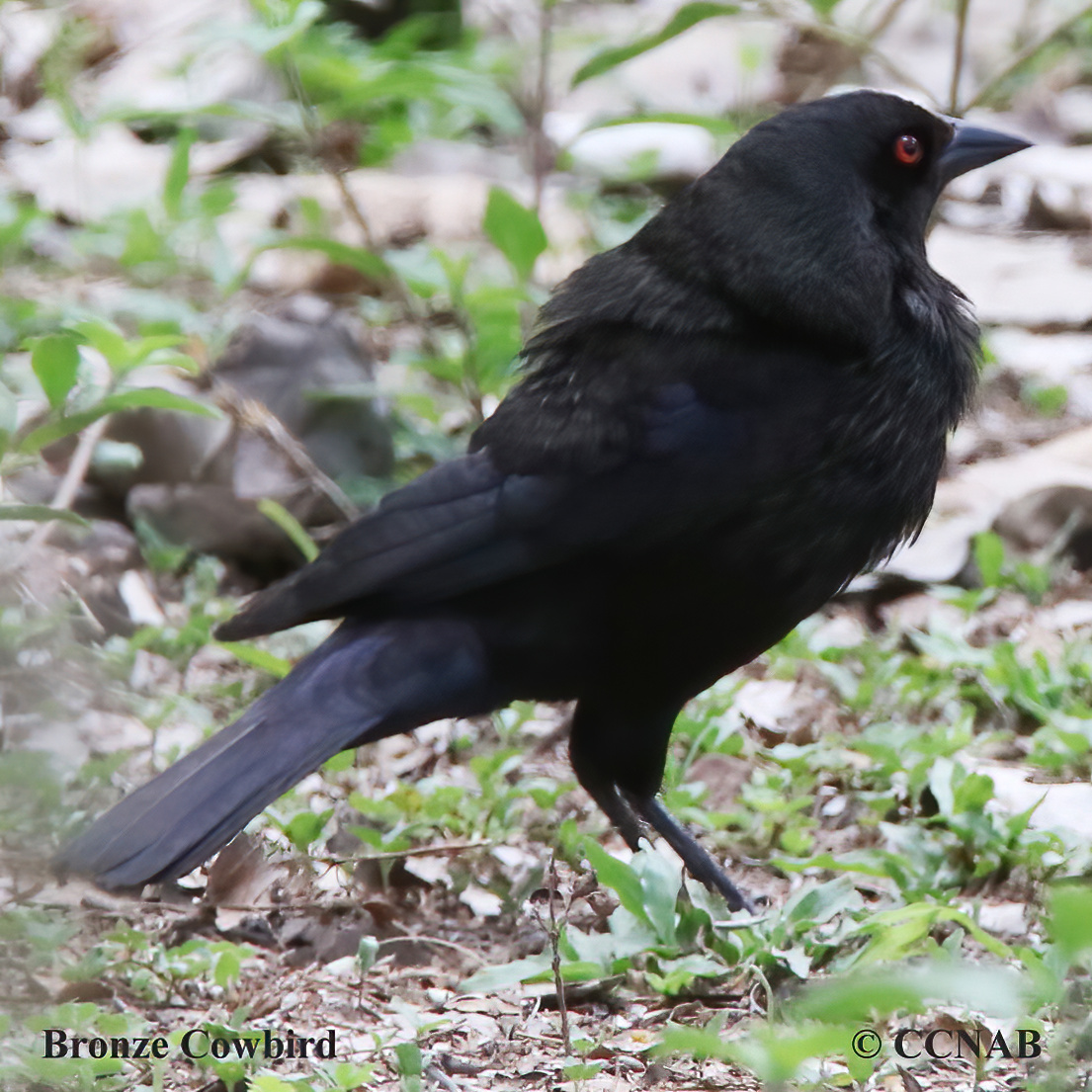 The Bronzed Cowbird is a brood parasite. The female lays her eggs in other bird species nests, leaving the unsuspecting parents to raise the cowbird's young, when thinking it is their own. These cowbird species prefer the hotter temperatures found in the most southern states and into Mexico.