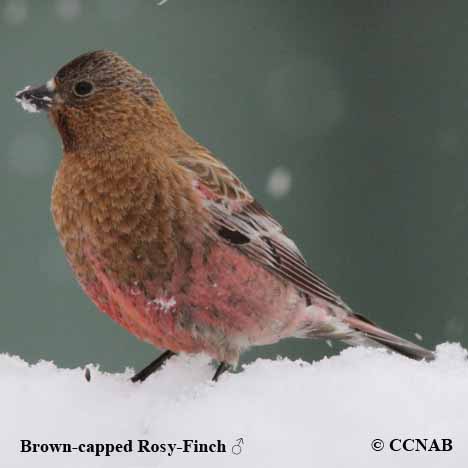 The Brown-capped Rosy-Finch is the rarest rosy-finch found in North America. This rosy-finch also has the smallest breeding area and the smallest range. This high altitude bird breeds mostly in the mountains of Colorado and a small area in Wyoming. In the winter months, it will migrate into the central New Mexico mountains.