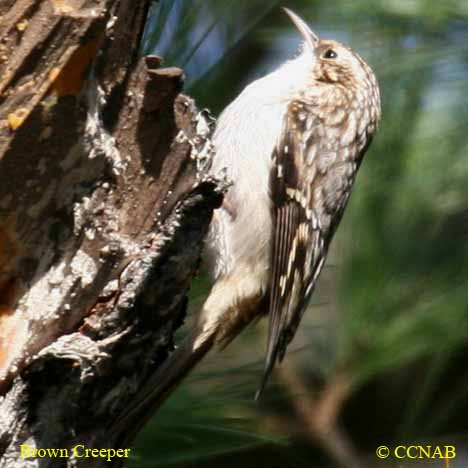 The Brown Creeper is a hardy bird that usually migrates at the same time as the kinglets in the early spring and again in the late fall. Reports of this bird species in the north indicates it has adapted to the colder temperatures of the Canadian winters. It behaves very similar to the nuthatches, clinging to the bark of the trees as it climbs the branches and trunks in search of insects and dormant larvae.