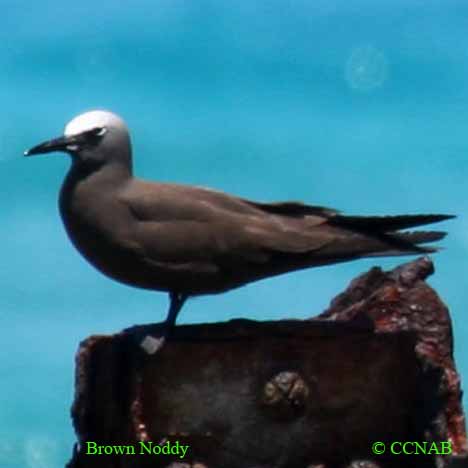 The Brown Noddy is a member of the tern family. These handsome soft colored brown seabirds prefer warm tropic waters for their habitat. They can be seen throughout the seas in the southern hemisphere. There is a nesting colony of these birds off the tip of Florida on Dry Tortugas.