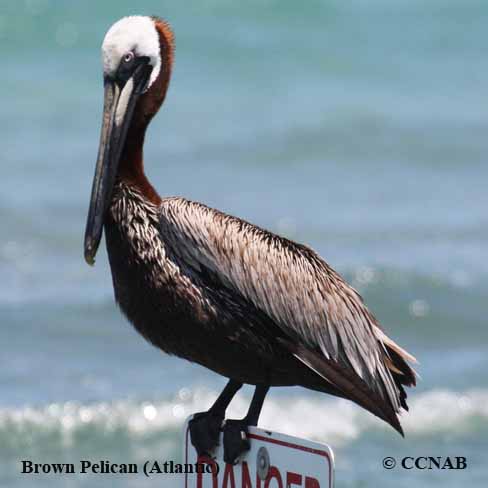 The Brown Pelican (Atlantic) is a sub-species or race of the Brown Pelican, which is seen on both the Atlantic and Pacific coasts. There is a larger population of this Atlantic race than the Pacific race. These large seabirds nest near the oceans and feed on saltwater fish.