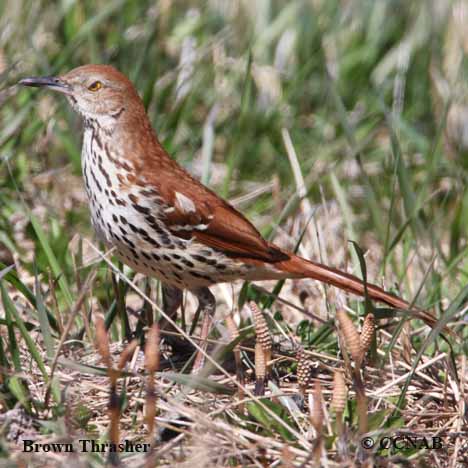 The Brown Thrasher is a rufous-coloured thrasher and overall the most abundant of the thrasher family. It is also the most northern thrasher in North America. Similar to other thrasher species, this bird is a skulker and is most often found in dense bush. It is not uncommon to have them living in the treed bushes along homes where they go unobserved.