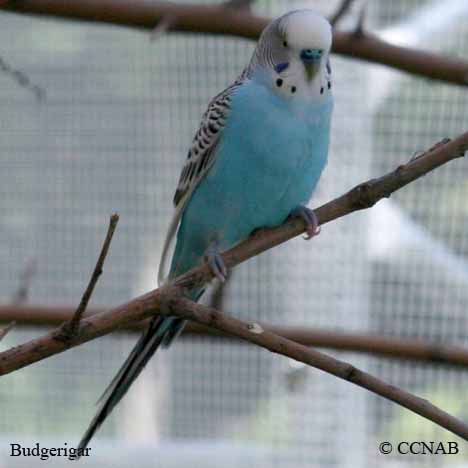 The Budgerigar is commonly known as the budgie. It is an abundant and very common native bird to Australia, which has been domesticated throughout the world into a household pet and usually kept in a bird cage. This small multi-coloured bird resembles members of the parakeet family. At one time there existed a wild population of these budgies in Florida but over the years there are less reports of seeing them.