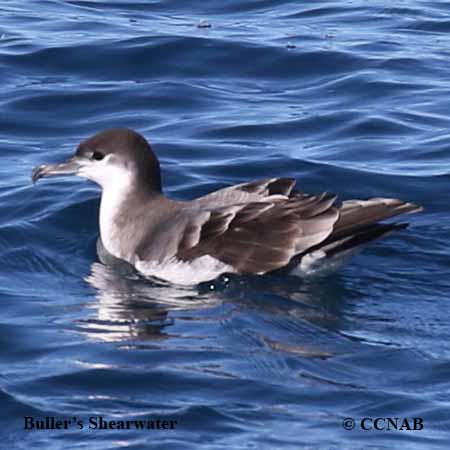 Life, Habitat and Pictures of the Buller's Shearwater

The Buller's Shearwater can be found during the year, from Alaska down into the southern Pacific Ocean. This shearwater is one of the easier seabirds to identify because of its white underbody and its underwings that show a distinct black border lining. Its back and upper wings have a large letter "m" showing that is made out from a dark and light plumage arrangement.