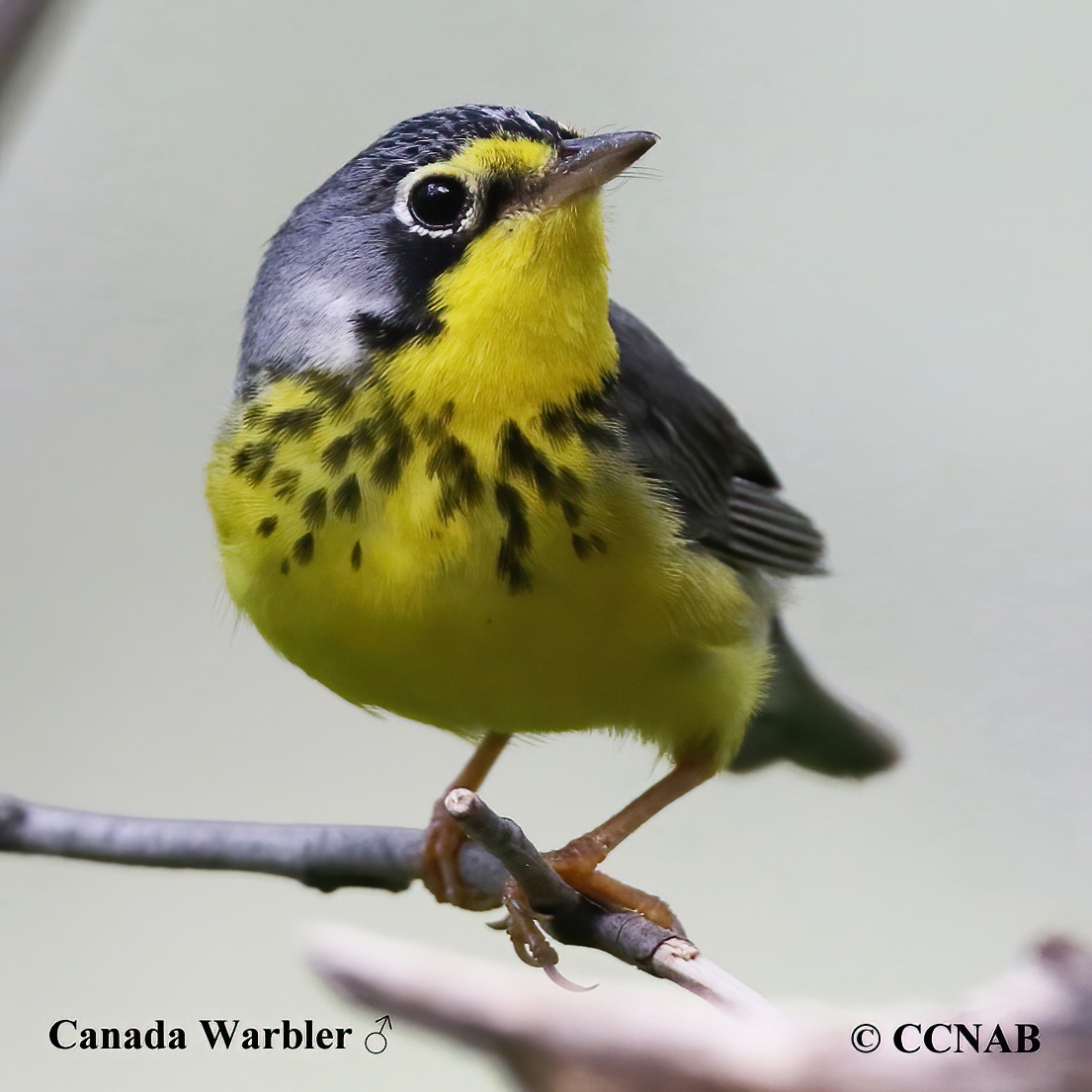 Species: The Canada Warbler (Dendroica castanea) can be found right across Canada and throughout all the eastern states down to Georgia. It has a unique yellow colour unlike all the other birds in North America. When seeing it, one might think of a lemon colour. It prefers mature forest with a heavy undergrowth, more likely to be seen on slopes of hills near creeks or other sources of water. It is similar to other ground warblers, such as the Kirtland's Warbler, Hooded Warbler and the Kentucky Warbler.

Distinctions: The male has a dark blue cap, cheeks and wings. A grayish-blue nape and back, bold yellow eyerings and lores. Throat, breast and flanks are lemon-coloured yellow, white under the tail. The feature that stands out the most is a band of dark streaks forming a large necklace around its neck. The female and juvenile have a similar appearance, except in a duller look. They only have the light-coloured streaking around their neck.

Nesting: Three to five white to creamy-coloured eggs with brown markings. Prefers to build its nest low or on the ground, on the slope of a hill, usually around the roots of a tree. The nest is composed of leaves, dried ferns, moss and lined with fine grasses and hair. 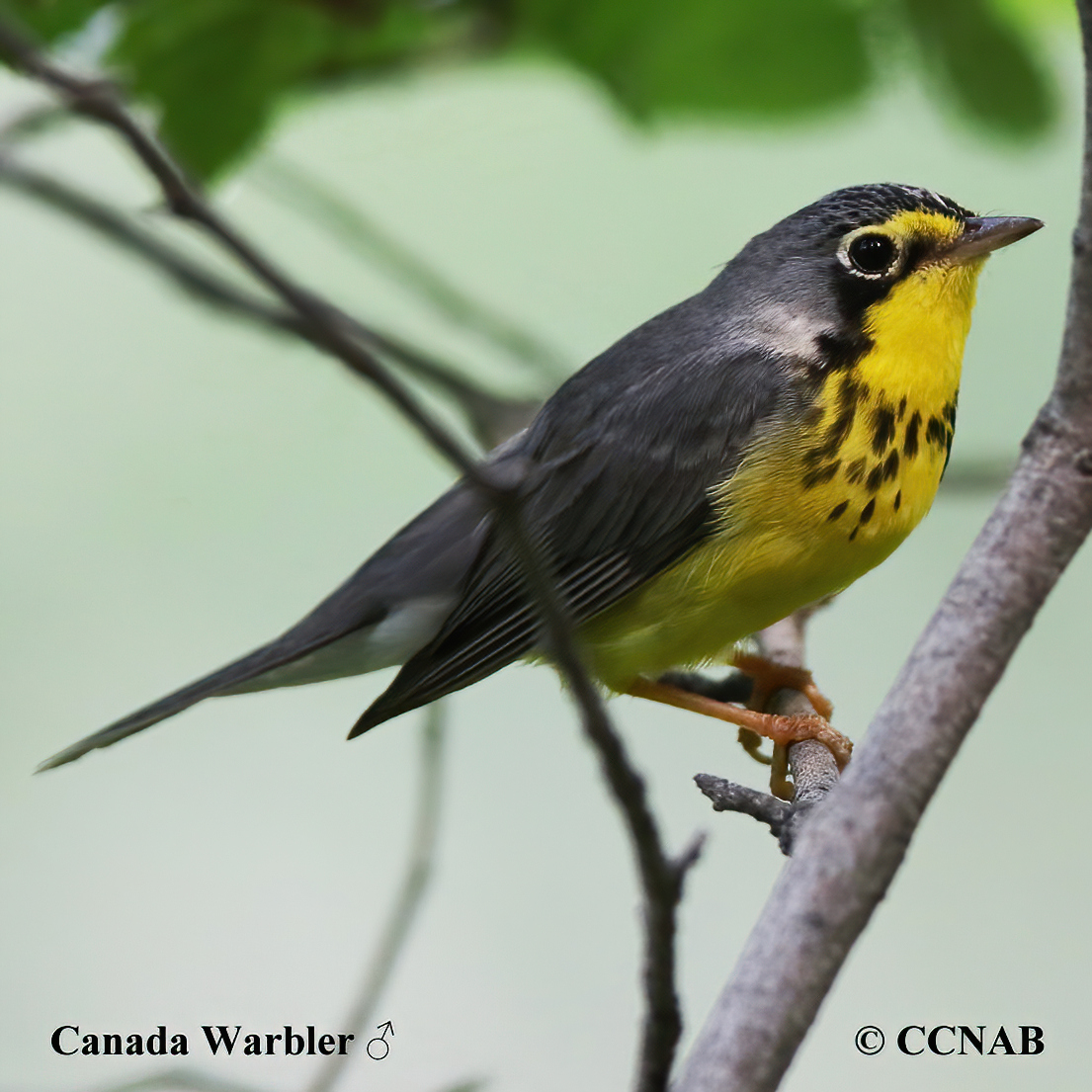 Distribution: Found from the western tip of Newfoundland, through the lower half of Quebec, north to James Bay and across all the western provinces, north to the Northwest Territories southern boundaries, touching the Yukon and British Columbia. Around the Great Lakes, south to Georgia, northeast to New Jersey and north along the Atlantic coast. It spends its winters in South America.