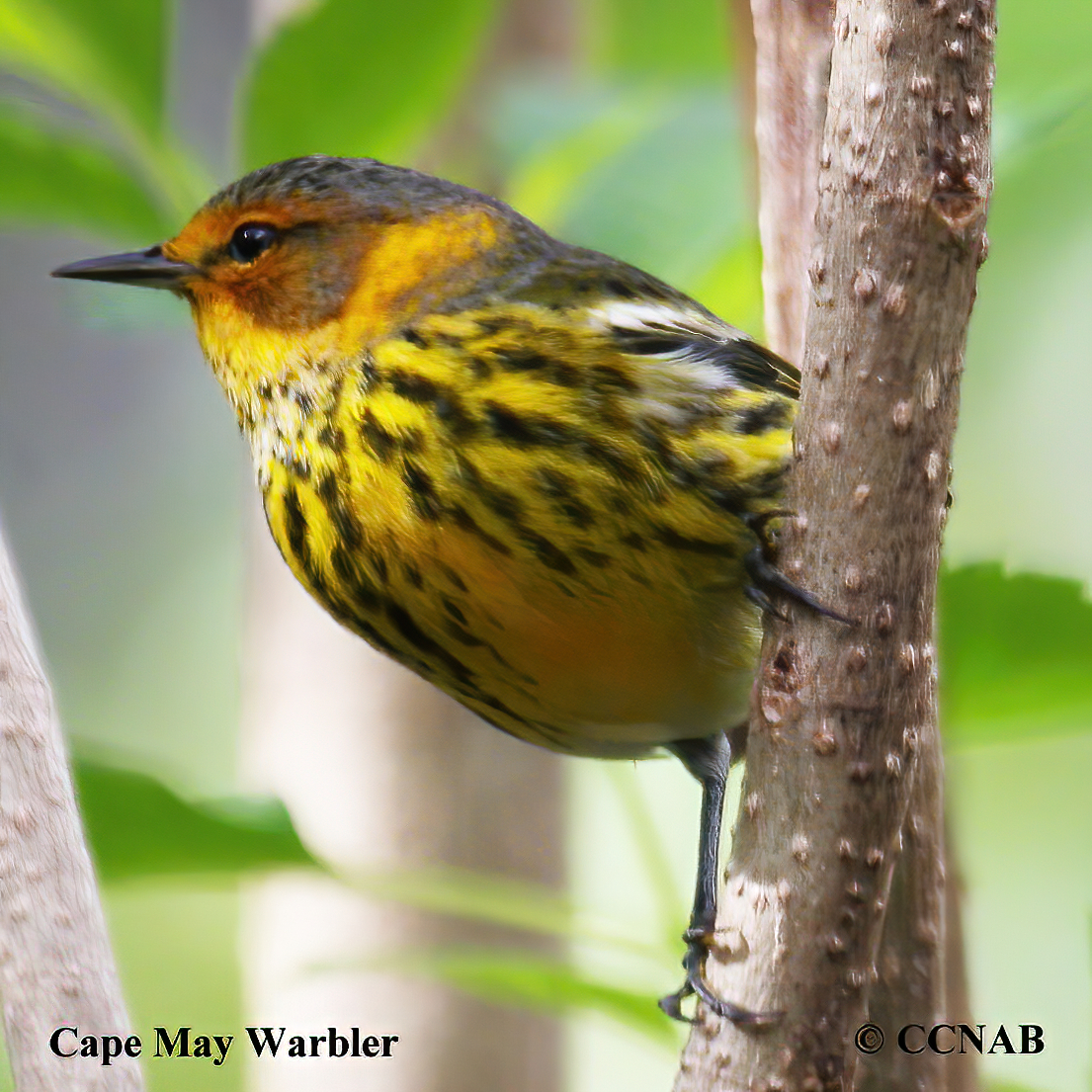 Species: The Cape May Warbler (Dendroica castanea), especially the male, has some of the most contrasting and beautiful colours of all warblers seen in North America. Its breeding range is almost entirely in Canada, with some exposure south of the Great Lakes and along the northern boundaries of the northeastern states. The Cape May Warbler is known for defending its territory rigorously against all other bird species. Its main diet is the spruce budworm when it is in the north. But, interesting enough, it changes its diet to nectar and fruit when it is on its winter grounds. The juveniles, because of their visible yellow rump, might be confused for the immature Yellow-rumped Warblers.

Distinctions: The male has contrasting green-coloured stripes of crown, more so on the back, rump and tail. Dark green wings with a large white wing patch. Yellow supercilium, chin and on the side of the neck. Dark eyeline, with large reddish-orange cheeks. Yellow breast with multiple bold dark streaks, white undertail coverts. The female and juveniles have a similar appearance, without the reddish-orange cheeks and with duller colours overall.

Nesting: Three to eight creamy coloured eggs with brown markings, number of young depends on the budworm infestation. Builds a nest high in spruce trees. The nest is composed of leaves, twigs, moss and lined with fine grasses. 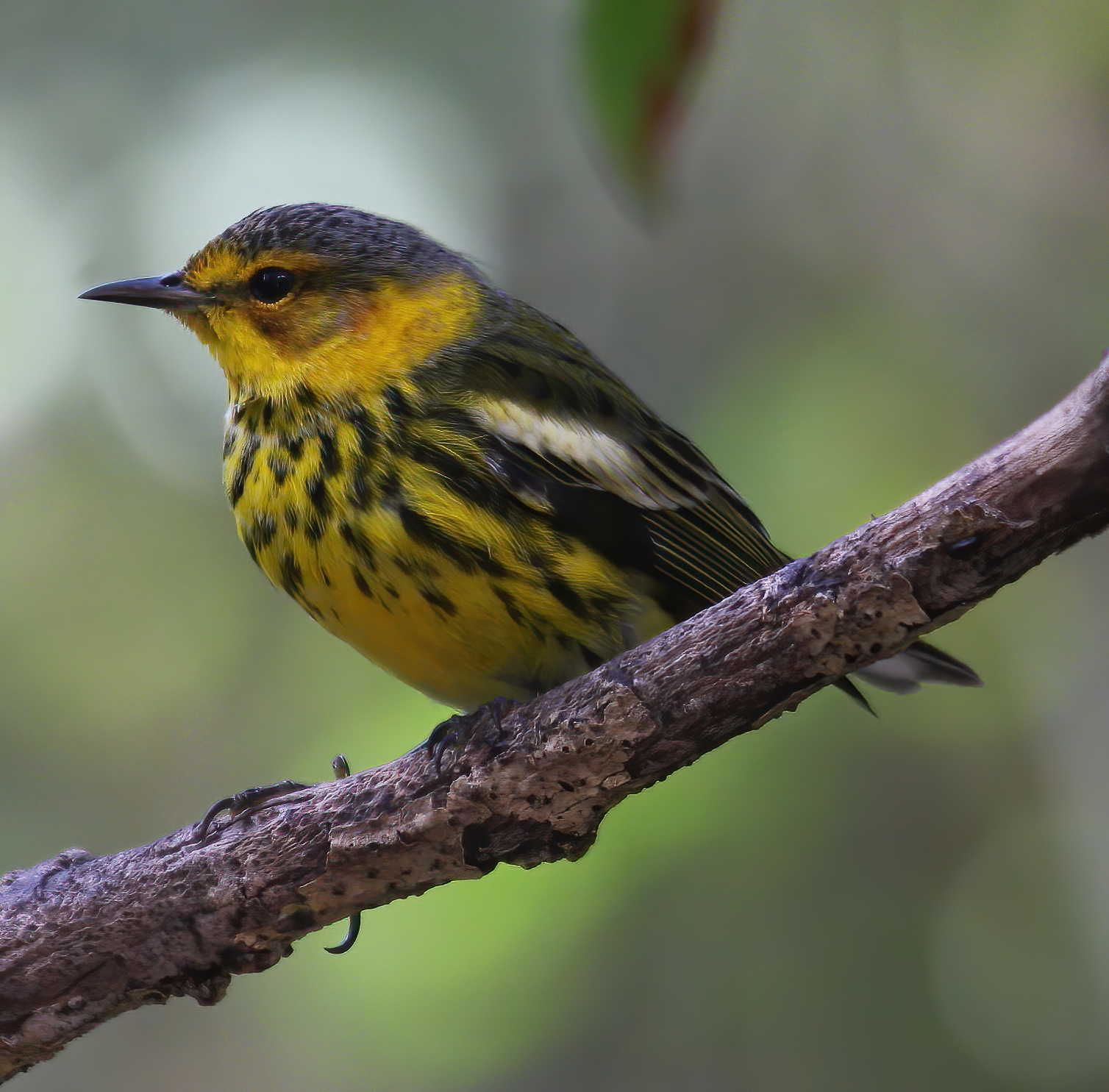 Life, Habitat & Pictures of the Cape May Warbler

Distribution: Found from the western tip of Newfoundland, through the lower half of Quebec, north to James Bay and across all the western provinces, north into the Northwest Territories, touching the Yukon and British Columbia. Around some of the Great Lakes, most northeastern states northern boundaries and all of New Brunswick and most of Nova Scotia. Spends its winters on the Caribbean islands and in South America.