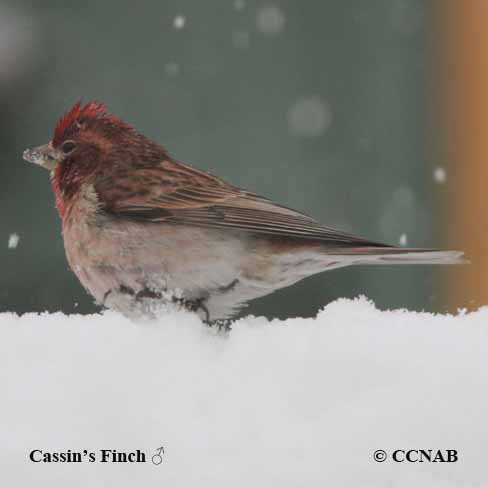 Life, Habitat and Pictures of the Cassin's Finch

The Cassin's Finch is a rosy red coloured bird found in the Rocky Mountains. It has a similar appearance to the Purple Finch and the House Finch, two other red-coloured finches seen in North America. In the winter months, it is a common bird around backyard birdfeeders, in the mountains.