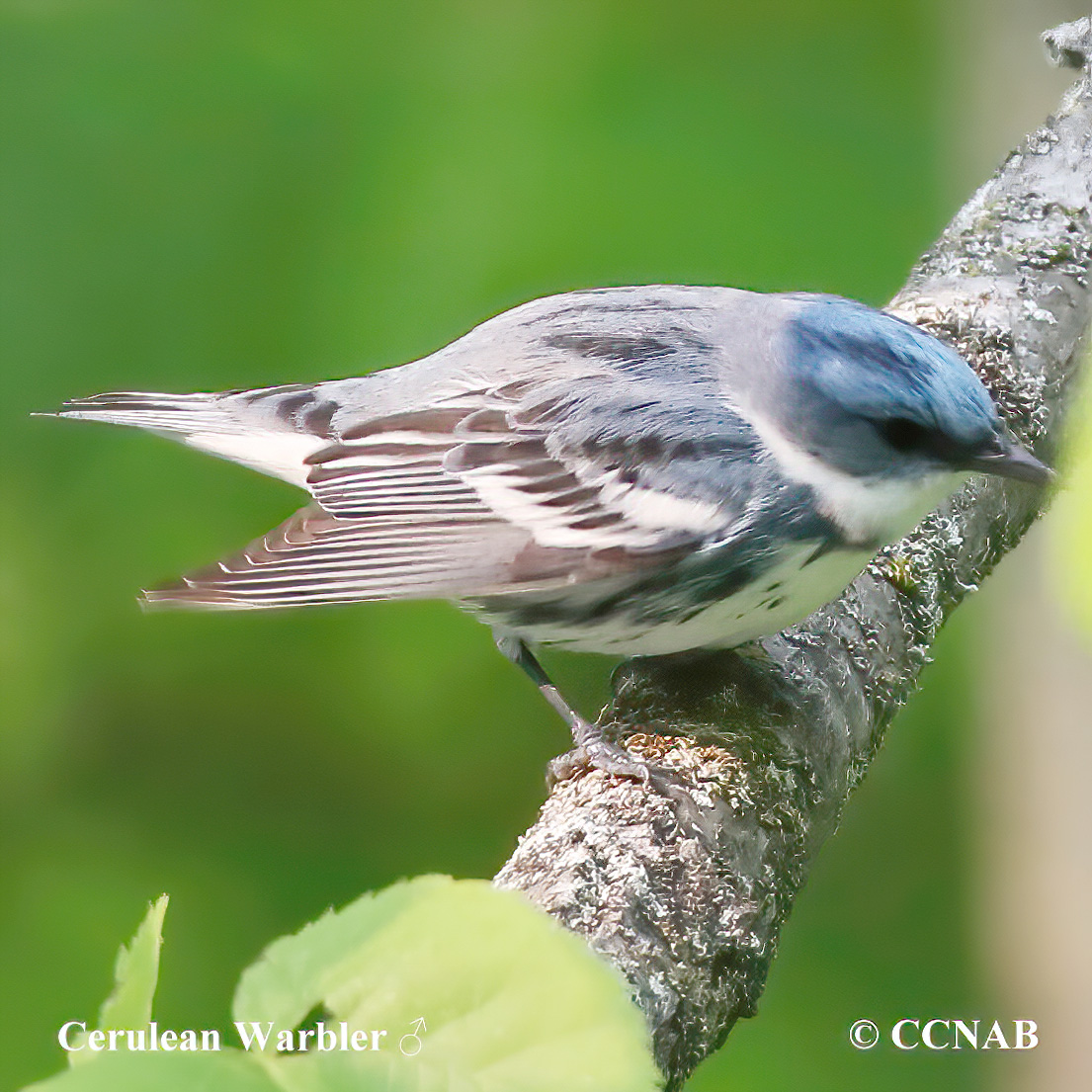 Species: The Cerulean Warbler (Dendroica castanea) is found in mature open deciduous forest. It is an extremely hard bird to observe, because of its small size and habit of nesting or feeding high up in the crowns of the mature trees. In recent years, because of deforestation, this beautiful warbler is in declining numbers, but on a positive note, it is expanding into northeastern North America. This may be a chance to increase its numbers with a larger breeding range. Because of the plain green appearance of the juvenile, there is a possibility of confusing it with the Tennessee Warbler.

Distinctions: The colour of the male is described as sky blue. Blue head, back, wings and tail. White throat, breast and undertail coverts, black streaking on its flanks, black streaking forming a band around the throat. Both sexes have prominent white wingbars, dark lores. The female has light-coloured streaking on the throat and flanks, greenish-yellow face and throat, with dark lores. White or creamy lower breast and undertail coverts. Bluish-green crown, wings and back, juvenile has greenish cheeks, crown, nape and back, dark wings with two white wingbars, greenish-white breast and supercilium.

Nesting: Three to five creamy or greenish-white coloured eggs with brown markings. Builds its nest high up in mature deciduous tree, away from the center. The nest is composed of leaves, twigs, moss and lined with fine grasses and hair. 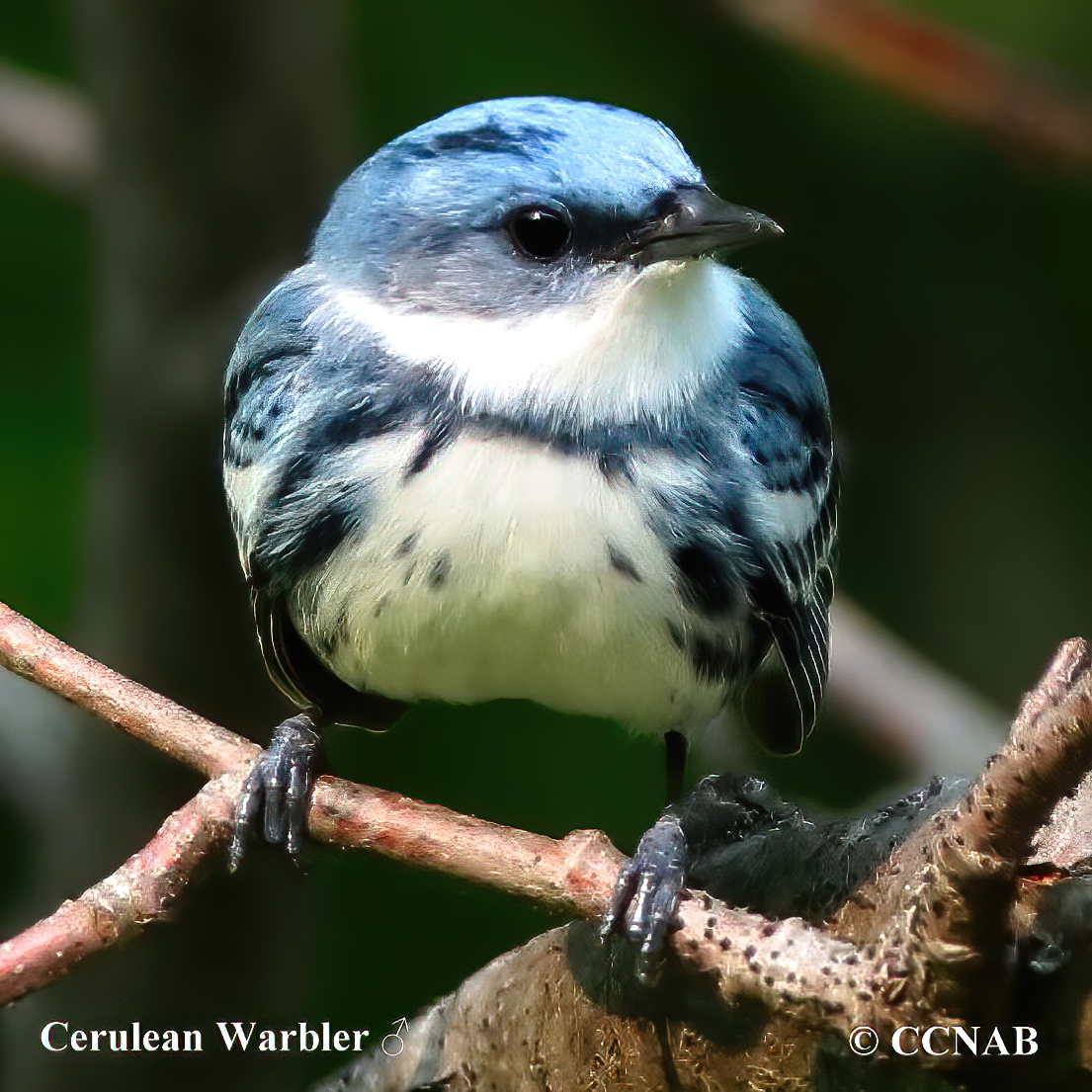 Distribution: Found from southern boundaries of Quebec, into southern Ontario, south of the Great Lakes, west to Minnesota. Touching the western borders of Arkansas, to western South Carolina, northwest to Massachusetts. It is expanding into northeastern North America. It spends its winters in South America.