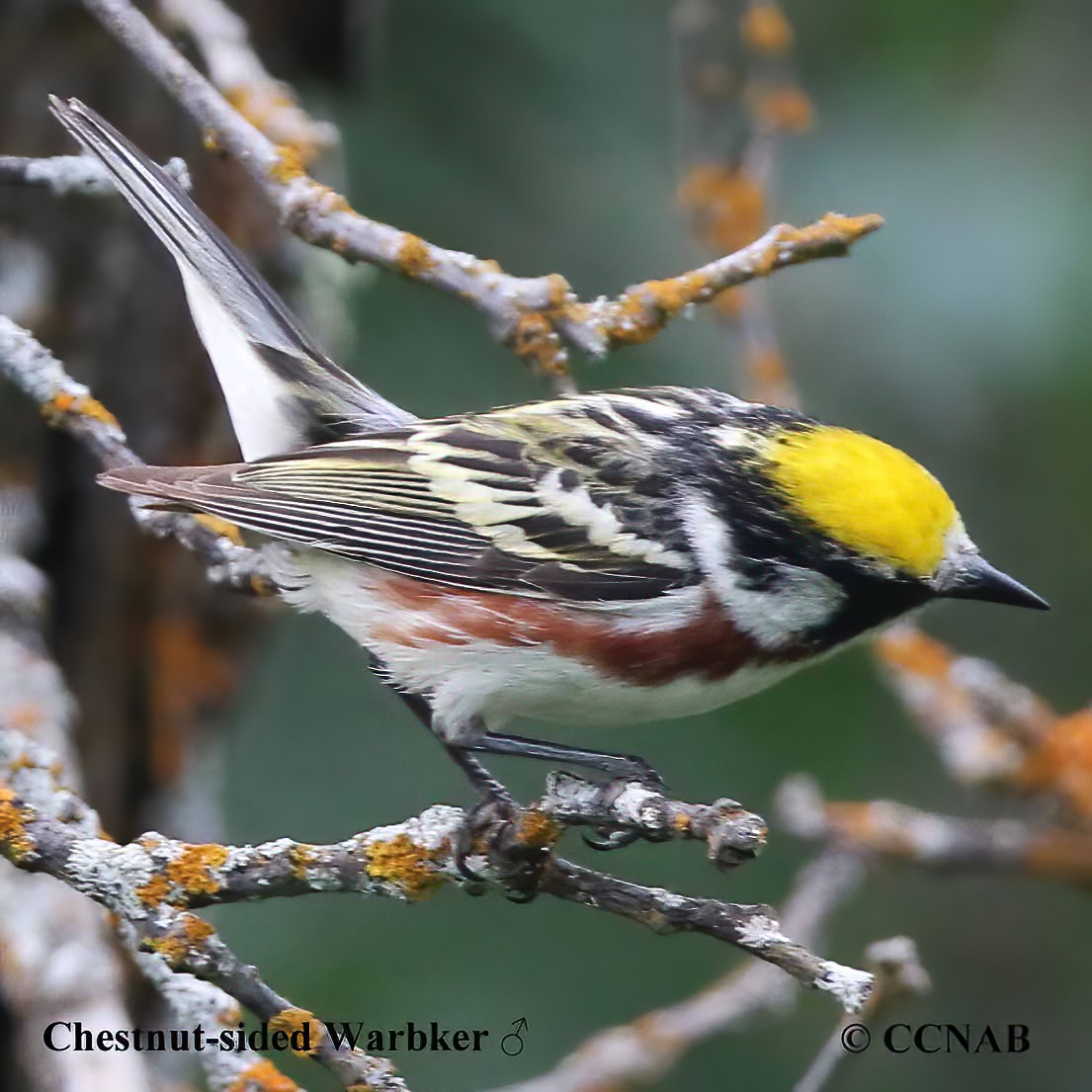 Species: The Chestnut-sided Warbler (Dendroica castanea) finds its habitat in overgrown fields, second growth forests and bushy meadows. It shows the same characteristics as the wrens and gives the appearance of drooping wings, when seen perched. It is easy to approach when it is singing, usually in bushes or smaller trees, in an open area. It greatly increased in numbers in the 1900s because of all available open space from abandoned farmsteads. It was considered a rare bird when it was first seen in the 1800s, mainly because the continent was covered in mature trees.

Distinctions: The male in breeding plumage has a yellow crown and has a black supercilium, its back is streaked black and white, black wings, with two white wingbars, white cheeks, with a black moustache, chestnut-coloured flanks, white breast and undertail coverts. In non-breeding the male is mostly gray and lime green but still shows chestnut flanks. The female is very similar with all of the male's characteristics but to a lesser degree. The juvenile has greenish cheeks, crown, nape and back, dark wings with two white wingbars, greenish-white breast and supercilium.

Nesting: Three to five white to off-white coloured eggs with brown markings. Builds its nest low in shrubs of trees. The nest is composed of leaves, twigs, moss and lined with fine grasses and hair. 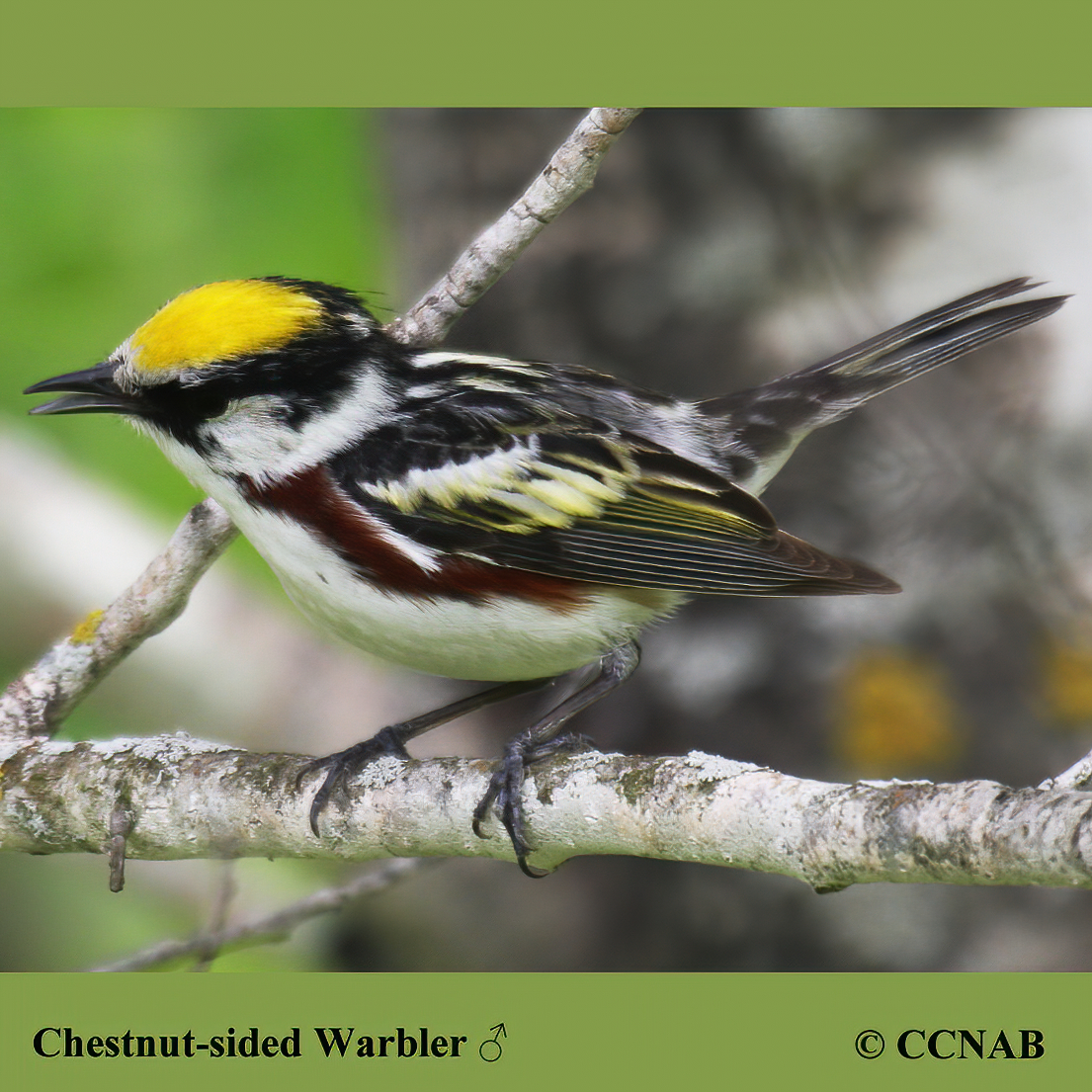 Distribution: Found from the lower half of Quebec to James Bay, west across the provinces to British Columbia, south to Missouri, east to Mississippi, northeast to Virginia and to the Atlantic coast, north to all of New Brunswick and Nova Scotia. Spends it winters in Central America.