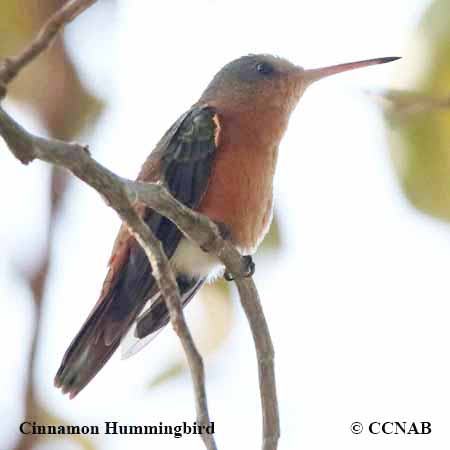 The Cinnamon Hummingbird is a native bird of Mexico and Central America. This hummingbird displays colours of a dark green back and head with a reddish-brown breast. It has been seen in North America along the southwestern US border and Mexico and is a recognized vagrant.