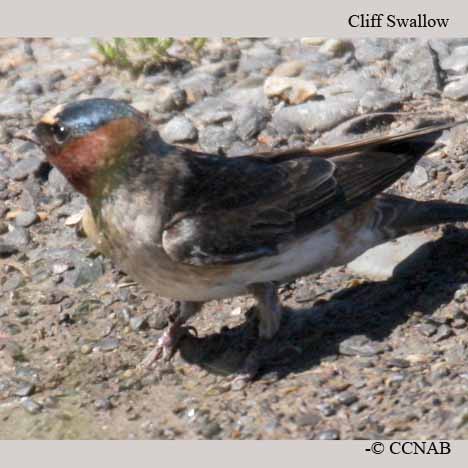 The Cliff Swallow closely resembles the southern Cave Swallow. It is usually seen in colonies. These birds build their enclosed mud nests under ledges, such as overpasses, bridges and eaves. Most often, they make use of existing manmade structures. These swallows have the most northerly range in North America.