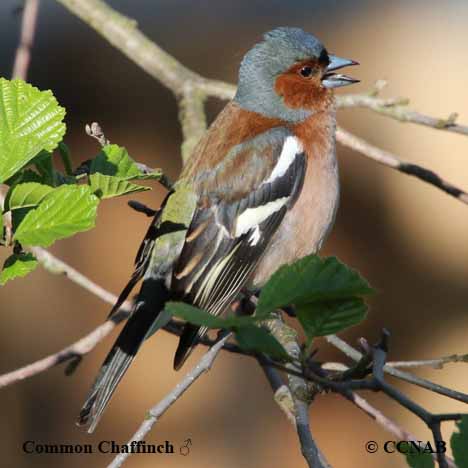 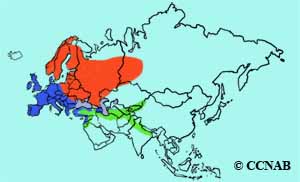 Common Chaffinch is a common bird seen throughout Europe, touching into central/southern Asian countries, during the winter months. The male's breast has a reddish-orange look, the female is more or less a greyish-white bird and is not as colourful. It has been seen within the North American boundaries and is recognized as a vagrant.