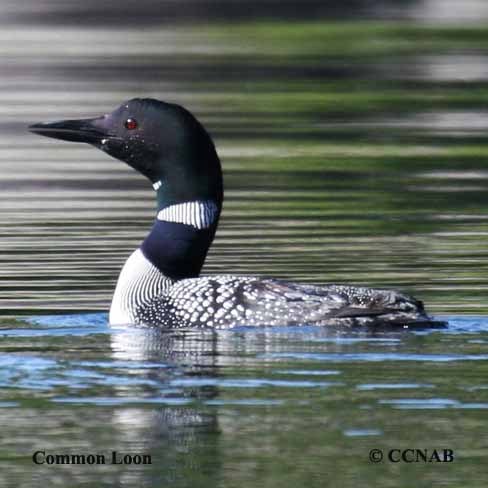 The Common Loon is one of the largest loons seen thoughout North America. They are found on fresh water lakes during the summer breeding months. These deep divers are usually observed on clean deep water lakes. The loons are likely to move to salt water bodies during the winter months. The calls of these birds are enjoyed by all who hear them and reminds us of the outdoors and wilderness.