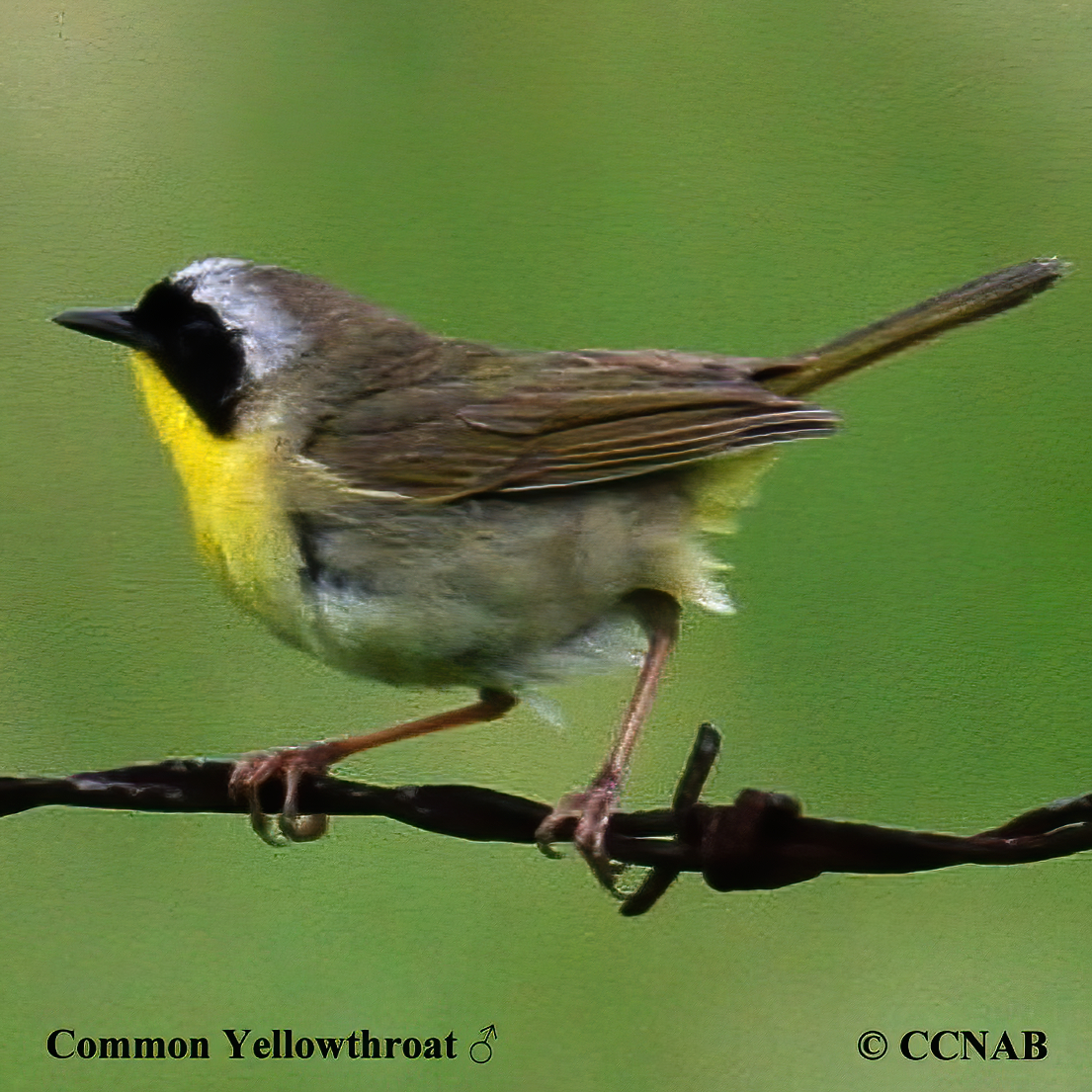 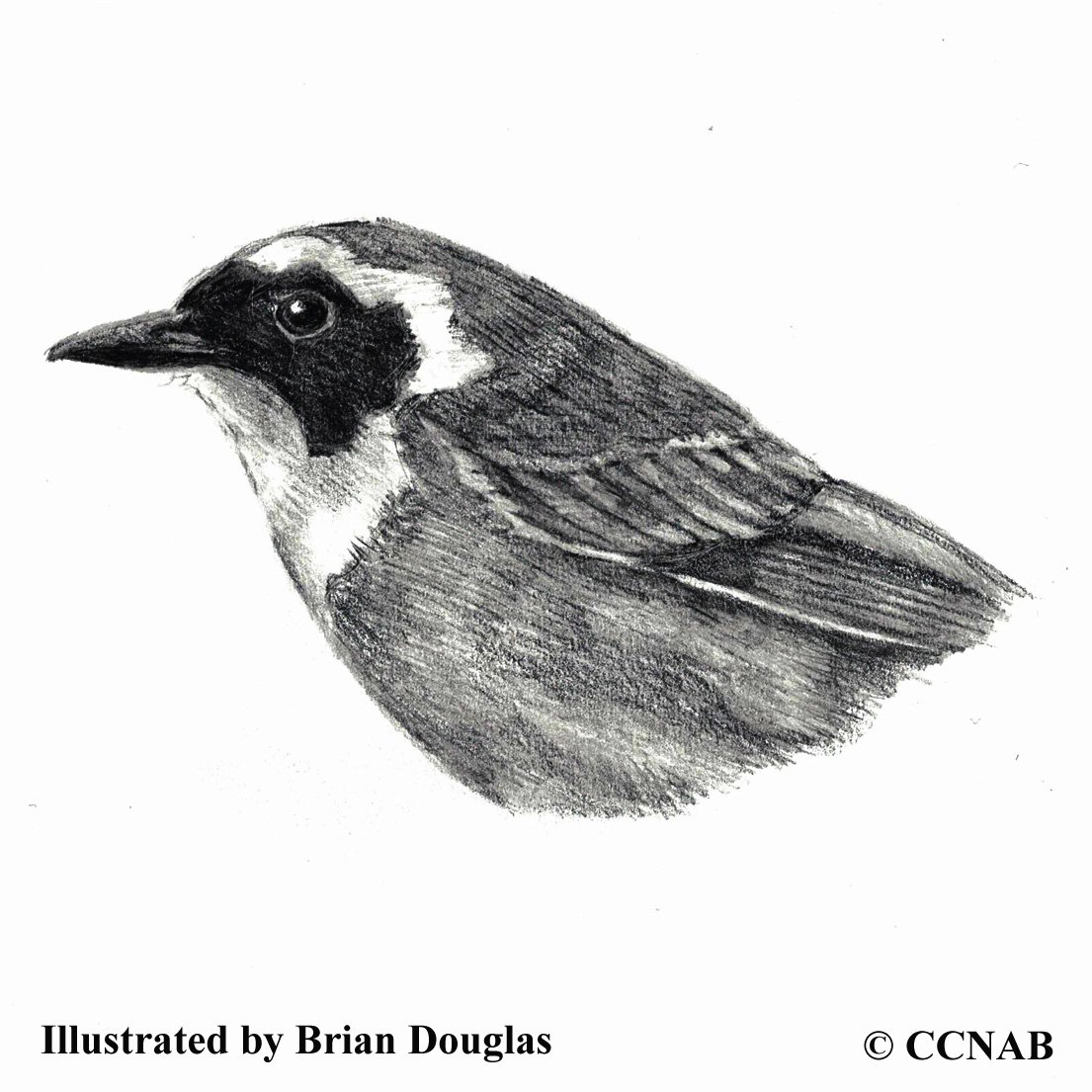 The Common Yellowthroat is a member of the warbler family. It is seen in areas of mature grass next to bushes and forests. One of its favourite habitats are disturbed areas, such as train tracks and raspberry briars. This small bird defends its territory aggressively by sounding sharp chirping sounds.