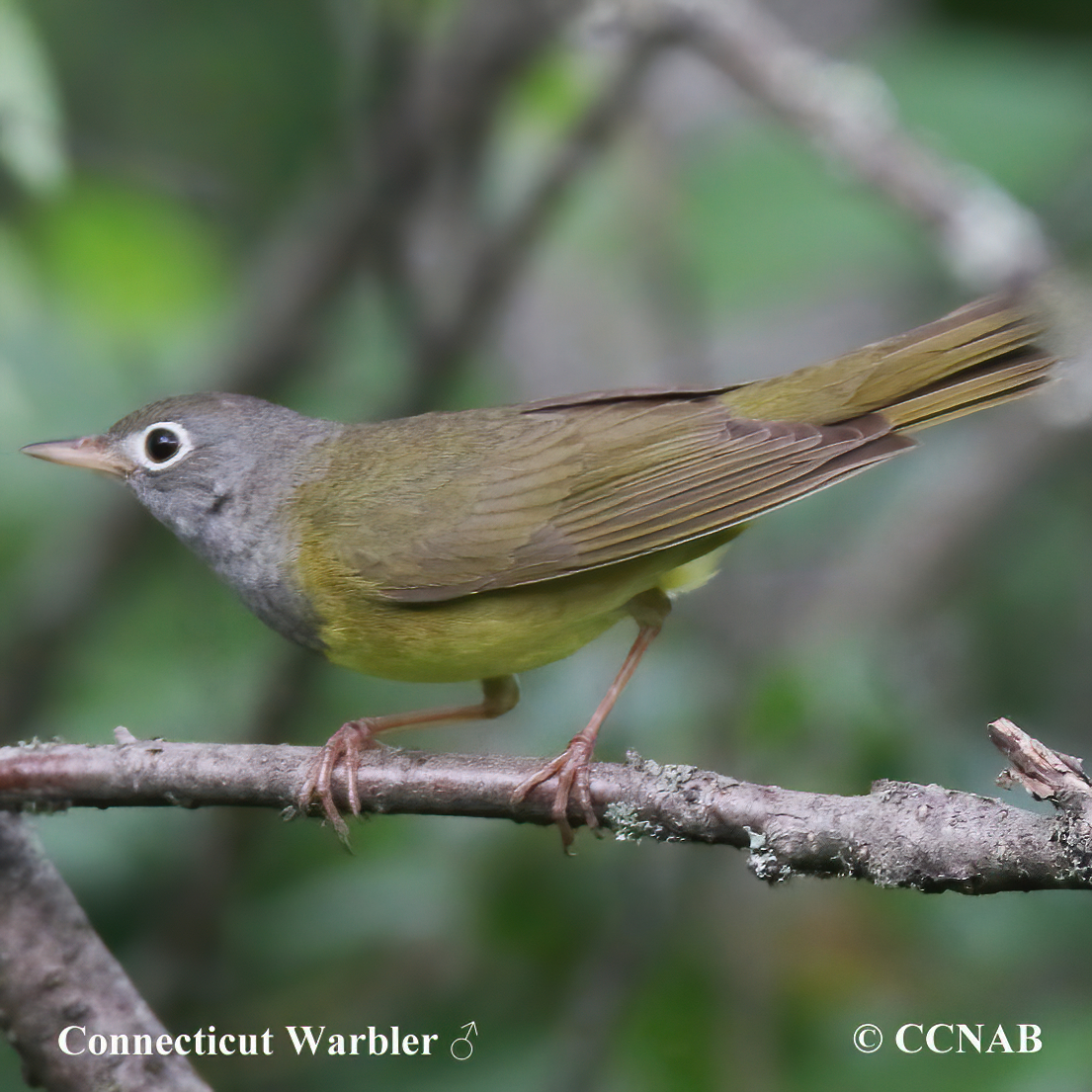 Species: The Connecticut Warbler (Oporornis agilis) is probably the most difficult warbler to see in North America. It is a bird sought after by all keen birders. It is an inhabitant of northern spruce bog swamps in the east and poplar stands in the west. It is very hard to observe because it feeds on the ground or close to it, as it prefers heavy ground growth. A few similar warblers are the Mourning Warbler (no eyerings) and the MacGillivray's Warbler (partial eyering above and below the eye), forming two distinct crescents.

Distinctions: The male has a bluish-gray face and throat. A very distinguished white eyering seen on the male, female and juveniles. Lemon-coloured breast and undertail coverts. Brownish-green back, wings, and tail, olive green showing on back of crown. Pink legs and partially pink bill. The female has similar colours but duller. The juvenile is mostly brown on the upper half, with lemon-coloured breast and undertail.

Nesting: Three to five creamy white-coloured eggs marked with brown spots. Builds its nest on the ground or in shrubs close to the forest floor. The nest is composed of leaves, twigs and is formed in moss. 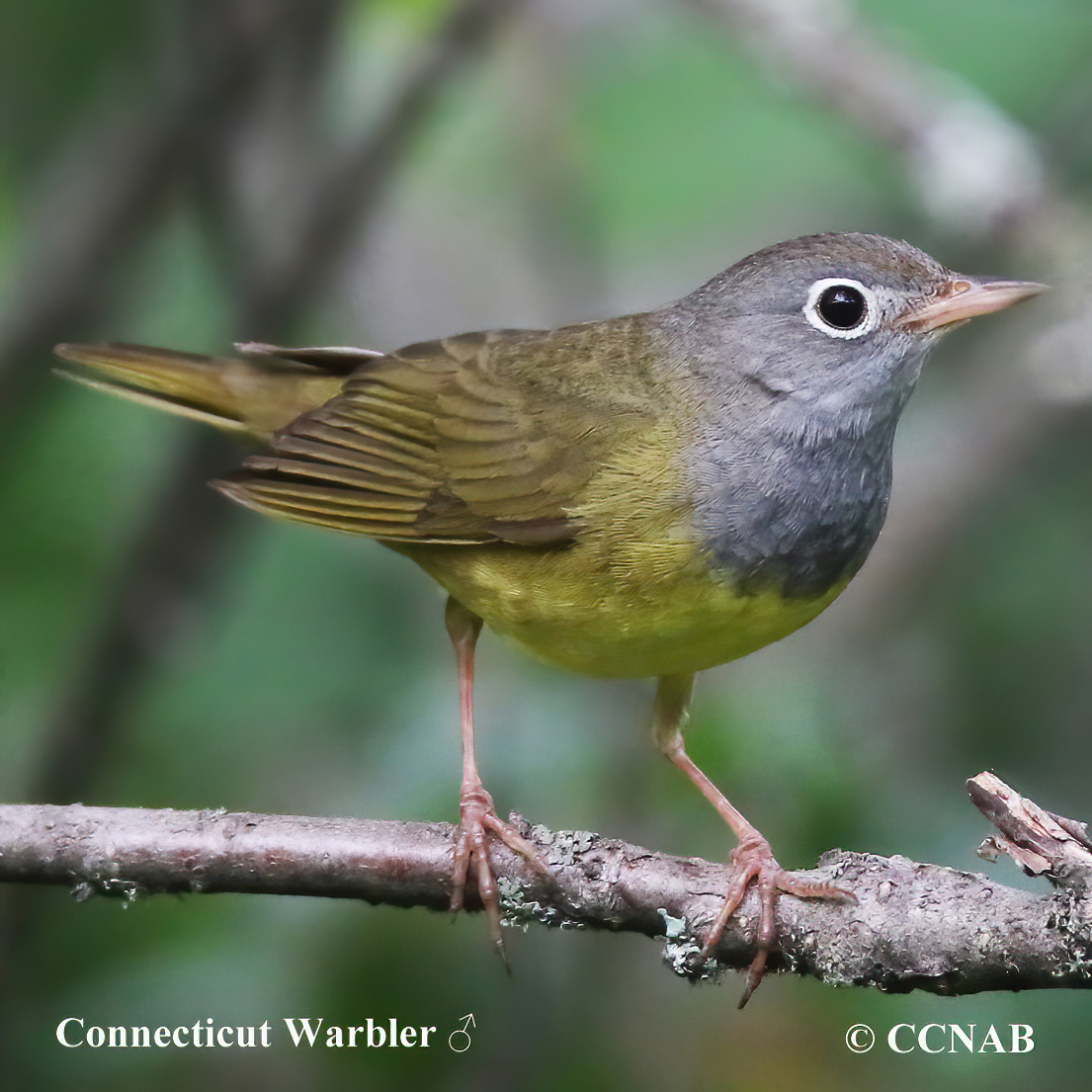 Life, Habitat and Pictures of the Connecticut Warbler

Distribution: Found from the central regions of Quebec and as far north as James Bay, west through the central portions of the prairies into northern British Columbia, just south of the western Great Lakes. It migrates in the fall through the Atlantic coastal states and spends its winters in central parts of South America.