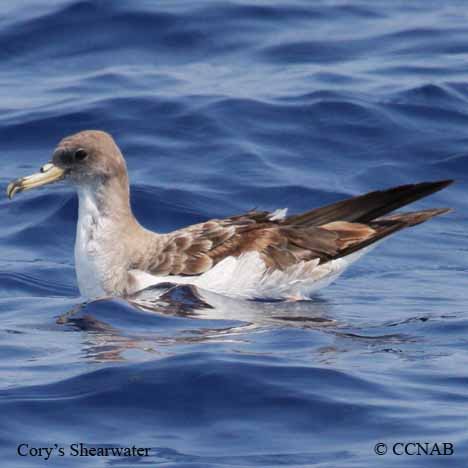 The Cory's Shearwater is one of the larger members of the shearwater family seen in North America. This shearwater may appear in different shades of colours, ranging from tan to light brown and to dark brown. Its yellow-coloured bill is a key identification factor in identifying it.