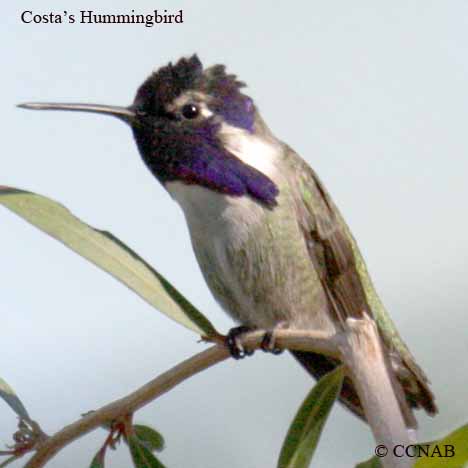 The Costa's Hummingbird is one of the smaller members of the North American hummingbird family. The male of this species is recognizable by its long purple coloured beard-type gorget which gives it a very fierce look. It is seen in the southwestern US states and Mexico.