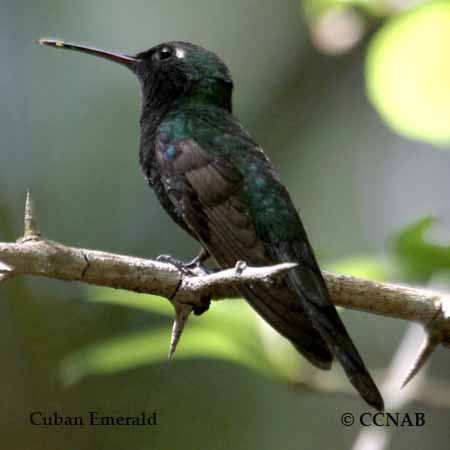 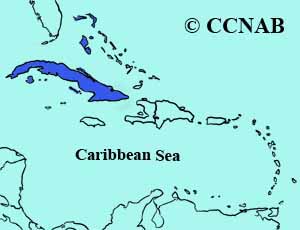 The Cuban Emerald is one of the larger members of the hummingbird family. This forked-tail green hummingbird is seen on the islands of the Bahamas and throughout most of the Cuban island. It has not yet been reported seen on the North American continent.