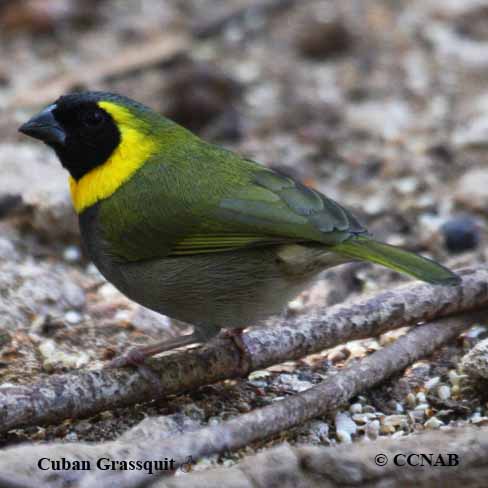 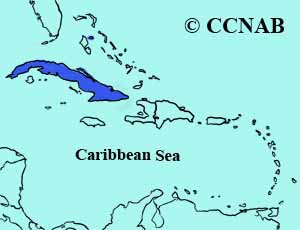 The Cuban Grassquit is a native grassland bird to Cuba. They are also established in the Bahamas, on the island of Nassau. These grassquits have not been recognized or reported on the North American continent, at least not officially. They are similar to the Yellow-faced Grassquit, which has a lesser amount of yellow showing on the head of the male.