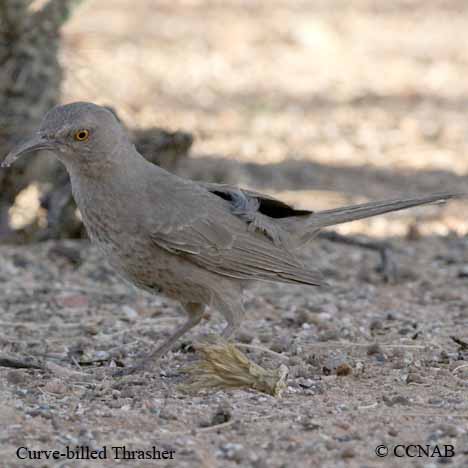 The Curve-billed Thrasher habitat is in the arid lands, where it survives among the sparse vegetation and its hot temperatures. This mostly light-grey coloured bird can easily be overlooked and not seen. It is remarkable to see this thrasher singing and perched on a cactus, impervious to its thorns and so well adapted to its environment.